Life as a single woman in your 40s is difficult, especially for this trio of lusty ladies led by Anne Heche down a spiraling path of loneliness — good thing they have a sense of humor. This indie flick explores the darkly funny side of the feminine mystique. 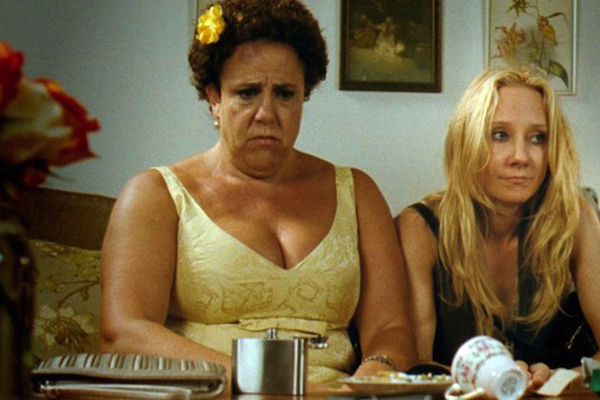 3 out of 5 stars: Perfect for those who embrace
the raunchy side of femininity

Bebe (Marcia DeBonis) has a date tonight. So what if it’s with a man she doesn’t know too well and that he didn’t actually confirm the date. Bebe likes to view her rose-colored glass as half-full.

Bebe’s best friend and confidante Dee Dee (Anne Heche) is still reeling from a breakup despite the fact it happened three years ago. She seems to relish obsessing on Dick the Pr**k.

A nymphomaniac stranger named Clementine (Alia Shawkat) crashes the pity party and shares TMI about the sex therapist she sees at a free clinic. Bebe is a bleeding heart and wants to befriend the pathetic woman while cynical Dee Dee couldn’t care if Clementine drops dead, especially after Clementine pukes on her in a cab.

As Bebe tries to prepare for her date, she confesses she’s battling a horrid yeast infection, which leads to everyone gleefully suggesting she try yogurt to cure it. Things go from bad to worse for Bebe when she gets an unmanageable haircut and then puts on a yellow dress, saying she looks like, “an incontinent Brillo pad.” Yeah, she kind of does.

That’s What She Said is funny, but at the expense of its characters, a type of comedy more typically seen in bromance movies. This movie lets women be as crude as men, elaborating about challenging biology and the hopeless feeling many single women try to deny. Here, all those fears and bad ideas make their way into the lives of these flawed ladies.

Bottom line: It is nice to see a film that stars women of various shapes and sizes who appear to be north of 40. These three woman are all in various stages of heartbreak and hope, and none of it is pretty — though pretty funny.