Cinemax would like for you to meet Sam Hunter, the main character of its new show, Hunted. She used to be a spy. Until she was slain a year ago. Or so everyone thought. 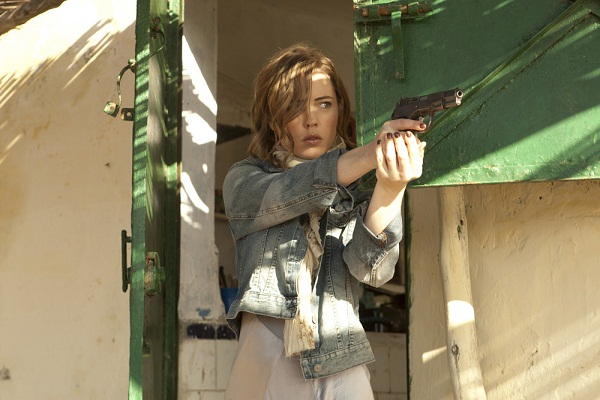 Here’s the thing about Sam Hunter (Melissa George): She was a spy until someone tried to kill her. She has no idea who set up the attack — it might have been an enemy, but it probably was a friend. She’s been “dead” and off the grid for a year, but now she’s back and she wants answers.

When she shows up at Byzantium Security International, her former bosses, Deacon Crane (Adewale Akinnuoye-Agbaje) and Rupert Keel (Stephan Dillane), are surprised to see her, obviously. However, they let her back onto the team.

Byzantium’s clients aren’t always the good guys. Oftentimes, the Byzantium operative must work for people who aren’t upstanding citizens, and a lot of Byzantium’s operatives do things that fall into a sketchy gray area.

Most important, the operatives rarely know anything about the client. In other words, Hunter may have earned herself a lot of enemies. But before she can start tracking them, she has to figure out who they are. Along the way, she’ll also work at trying to figure out exactly who runs Byzantium and makes up the rules she must follow.

Like the proverbial cat, will her curiosity get her killed for real this time?

She makes a fair point. Sam is definitely a bada**!

Sam is convinced someone in the agency was behind the attempt on her life. Instead of living her life as a dead woman, she chooses to go back and face her possible enemies until she has a name and a face to put with the gun that nearly killed her.

She may be on the hunt, but you can be sure the person who wanted her dead is after her, again.

Hunted is a Cinemax spy-thriller with filmlike scope and cinematography. It’s the story of when Hunter becomes the hunted.