Scaredy-cats beware: This movie is the real deal in terms of providing creepy crack to horror junkies. This is definitely the best of all the Paranormal Activity movies so far, so make sure you go with someone you can cling to. 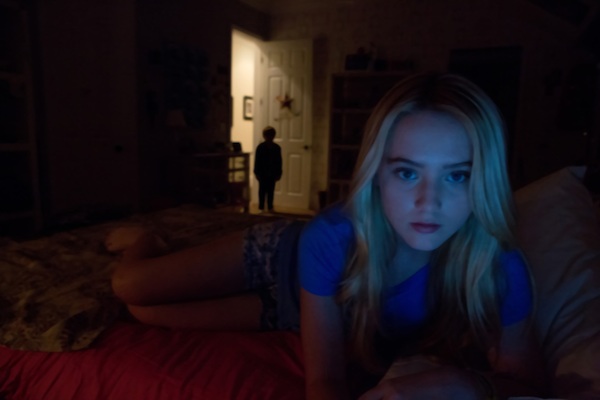 4 out of 5 stars: Perfect for scream queens

Paranormal Activity 4 starts five years after the end of No. 2, when doomed Katie killed her sister and went AWOL with Hunter, her baby nephew. With Katie and Hunter’s whereabouts unknown, the film focuses on a seemingly ordinary family living in Henderson, Nevada.

But when a woman and her 6-year-old move in across the street, teenage Alex (Kathryn Newton) discovers that things around the house are getting a little bit weird.

The first strange incident is when the neighbor-boy Robbie (Brady Allen) shows up alone in her brother Wyatt’s (Aiden Lovekamp) playhouse in the backyard. The fact that the boy would enter a stranger’s yard without asking isn’t as unsettling as his nearly comatose demeanor. Oh yeah, then there’s his imaginary friend who may hold all the cards in this paranormal poker game. 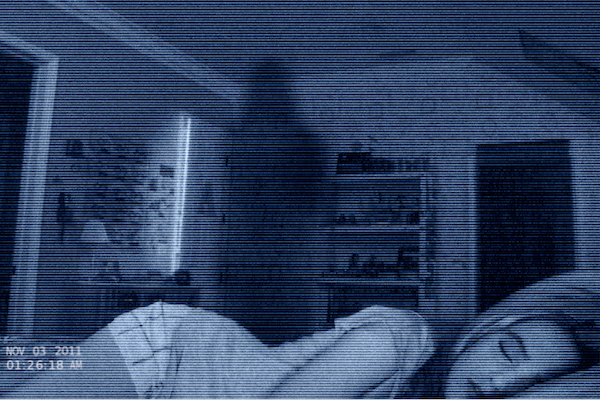 Poster children for the YouTube generation, Alex and her flirty boyfriend Ben (Matt Shively) videotape everything, even setting the computer in the house to record at all times. This is how the film justifies its use of found footage.

With many false scares that turn from screaming into nervous laughter, the pacing of the action is much better than in the first three installments, and there’s plenty of fright for your money. Some story questions are answered, which may shock you. I screamed more times than I have ever screamed in a movie theater and — trust me — I’m a tough-nut to scare.

Bottom line: If you’re looking for some solid scares this Halloween season, go see Paranormal Activity 4. But be sure to stay through the credits, all the way to the bitter end, to experience the final zinger (die-hard fans: brush up on your Spanish!).