With teen idols such as Justin Bieber and One Direction, fan girl hysteria has never had a firmer grip on our youth — it’s about time somebody write a novel about it. E! Channel’s Chief News Correspondent Ken Baker shares his insider knowledge on the crazy lives of Hollywood’s most famous teens in his new novel, Fangirl — and he isn’t sparing any details on Tinseltown’s youth.

It’s the story of a daydreaming teenage girl who not only fights to meet her teen obsession Peter Maxx, but ends up with romantic tweets, IMs, and texts from him. Where that romance leads will have tweens and teens glued to every fantastical page. 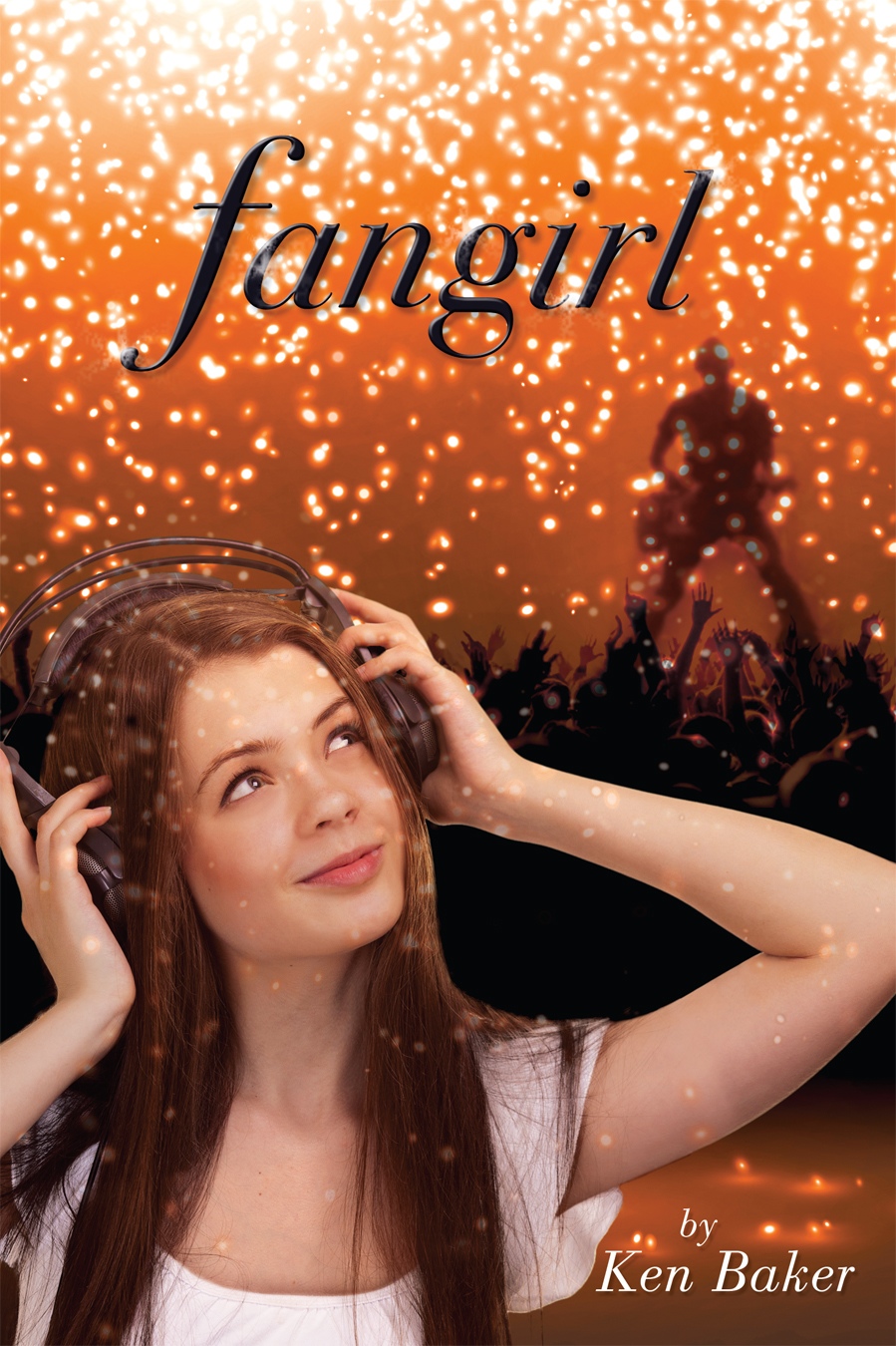 SheKnows: What inspired you to write Fangirl?

Ken Baker: Twitter — to be totally honest. Fans have so much potential for direct access to their celebrity crushes via Twitter that it is not much of a stretch to imagine a regular girl from a small town grabbing the attention of a pop star. In fact, the most shocking thing is that it hasn’t already happened. But, equally inspiring really, are all the interesting stories and behind-the-scenes things I have witnessed and reported on over the years covering celebrities that tell the inside story of what the life of a teen idol is really like. Fiction is liberating because I can tell the real story!

Plus, in the early stages of outlining Fangirl, I came across a quote from Justin Bieber that turned the lightbulb on in my head. The Biebs was asked if he would ever date a fan and he replied, “I think that it just depends — it depends what the situation is. I think that I’m not going to limit myself.” Fangirl‘s pop star Peter Maxx obviously has the same open-minded attitude, which of course makes him able to fall for his fangirl, Josie Brant.

SheKnows: Was it hard writing from the perspective of a teenage girl?

Ken Baker: Anyone who knows me would tell you that, for better or worse, I have a little teen girl in me. Yes, I realize that seems really weird, but I have to admit it is true. What I mean by that is, having been a celebrity journalist for the last — wow, I can’t even believe it has been this long — 16 years, I am trained to put myself into the shoes of fans when covering celebs. A lot of the audience I speak to every night on E! News is made up of young women, so I try to stay in tune with where their heads are at, what they care about, what connects with them. Sure, it was challenging to pull off. But I did my research! I also interviewed several high school-age girls around my neighborhood, and even did a field trip up to Bakersfield, California, where Josie Brant lives. There, I met up with some local kids there and picked their brain. I call it my “lab work.” I asked a lot of questions. I also did a lot of eavesdropping and observing at concerts, coffee shops, the mall, and fan events. So, in observing, interviewing and soaking in the whole teen fangirl culture, I approached writing the novel like I would writing a piece of journalism. Also, you have to realize that Fangirl is told equally from the girl and the boy’s perspective. So it wasn’t as hard as it could have been!

SheKnows: Is this based on any famous teens you’ve interviewed or reported on?

Ken Baker: It is based on all the teen celebs, yet none of them specifically. Peter Maxx is entirely his own person. But, yes, Miley, Selena, Justin Bieber, One Direction… they are all a part of Peter in some way.

SheKnows: Besides Kylie and Kendall Jenner, who are some other teen queens you’ve interacted with?

Ken Baker: So many. I mean it is my job. I have met Miley, Selena, the Jonas Brothers, Justin Bieber. Still haven’t met Taylor Swift, but she is no longer a teen, so I guess I lost my chance!

Seriously, though, my job at E! News is so awesome. I get to interview and meet so many interesting pop culture personalities. Just the other day, I had to interview Aerosmith at the House of Blues and when I got back to the studio I sat down in the makeup chair next to… Carly Rae Jepsen! I couldn’t think of two musical acts any more different!

SheKnows: You have a daughter of your own. How did that affect the way you told this story?

Ken Baker: I wanted to write a story that my kids would be proud of and that they could relate to. Because the book is about more than just the world of pop stars and their fans; it is also about the power of music, about being true to yourself, about not letting your fears stop you from going for your dreams. These are messages that I hope will come across in the novel and that anyone — be it my 8-year-old daughter or an 80-year-old reader — can relate to and be inspired by.

SheKnows: Are you going to be more protective of her when she grows up based on what you know about the Los Angeles scene from working in it for so long?

Ken Baker: I live south of Hollywood near the beach, pretty much out of the Hollywood orbit, and I have a joke with my wife that our kids aren’t allowed north of LAX. But the bottom line is that if their dreams end up being to work in Hollywood, I will support them. But, naturally, I will first tell them all the reasons why it might not be a good idea!

SheKnows: Who do you think is the best teen celebrity role model in the business right now?

Ken Baker: I don’t think it is healthy for teens — famous or not — to have the pressure of being a role model. I mean, isn’t it hard enough to transition from being a kid to an adult? I mean, I’m technically an adult and I am still struggling with being a grownup.