The former talk show host has personal experience with medical marijuana. He was diagnosed with MS in 1999 and has used the prescription drug to ease his pain. He just wants everyone going through the same thing to be able to do the same. 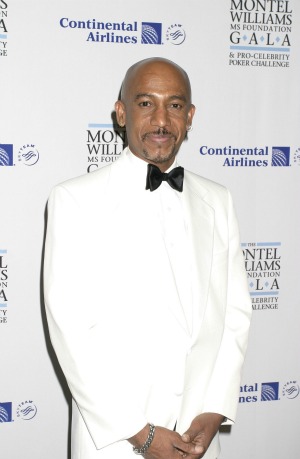 Talk show host Montel Williams has been out of the spotlight for a few years now, but he is stepping up to support a cause he believes in. He is supporting a ballot measure in Arkansas to legalize medical marijuana. Williams said opponents of the law are using “racist imagery” in their television ad by portraying a drug deal with an African-American actor.

“Williams appeared Thursday at the state Capitol alongside members of Arkansans for Compassionate Care, which is campaigning for the legalization measure on the November ballot,” said Andrew DeMillo with the Associated Press. “He criticized an ad aired by a coalition of conservative groups that opposes the proposal.”

According to The Washington Post, at a rally on the Capitol steps, Williams said “Offensive is really an understatement. It’s the most egregiously racist, false statement you’ve ever seen in your life.”

Williams actually lives in New York but is a user of medical marijuana because of his symptoms from Multiple Sclerosis.

“I have been a medical cannabis user daily for about the last 11 years,” Williams told TV station KATV.

The host said sometimes the pain is unbearable, and although he has tried many things, marijuana works best to make him feel better.

The Arkansas ballot measure is supposed to allow approved patients to be able to purchase marijuana from approved “nonprofit dispensaries, with a doctor’s recommendation,” said DeMillo.

Williams wants to make sure that all U.S. residents are afforded the same rights to not be in pain, no matter where they live.

“I want somebody to explain to me why people in Arkansas do not have the right to the same medication as people in Washington, D.C.,” he told KATV.

While many groups in the state oppose the initiative, Williams said his only motive is to help those suffering with similar symptoms as he is.

Nineteen states in the U.S. have either legalized medical marijuana or effectively decriminalized it. If the Arkansas measure passes, that state would become the 20th.