You would never recognize the Britney of four years ago compared to Britney today. The singer is in love, is on a successful TV show and has recently bought a new home. 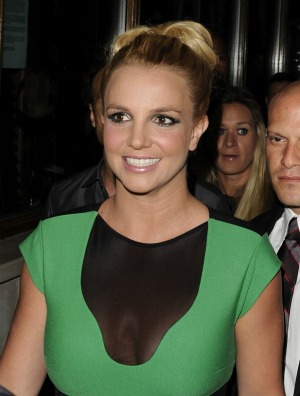 Britney Spears has had a tough couple of years, but it looks like everything is looking up for her now. She is currently in the middle of a season on The X Factor as a judge, she is engaged to what seems like a great guy, and (as sources confirmed Thursday to People) she just purchased an $8.5 million mansion in Los Angeles’ Thousand Oaks neighborhood.

“Britney has bought a new house in the community she was already living in,” the source told the magazine. “She, [fiance] Jason [Trawick] and [her two sons] will live there.”

According to the blog the Real Estalker, the home has 8,456 square feet in floor space, five bedrooms and seven bathrooms. It was listed at $8.5 million. However, the blog adds that there has been no recorded transfer of ownership yet, so besides the info from the sources, it could just be a rumor for now.

Spears has been engaged to Jason Trawick since December 2011 — one of the pieces of Spears’ new, positive life. But despite the past couple of years, the $8.5 million home may have only made a dent in her bank account, as she is reportedly making $15 million to host this season of X Factor. Plus, in April, she sold her previous home for $4.2 million. Spears reportedly is now living with Trawick in his home.

The home she sold in April was also the site of her infamous breakdown in 2008, which is being exposed in court right now by a lawsuit brought by her former manager. Sam Lufti is suing Spears and her parents, saying they blamed him for Spears’ breakdown, including her head shaving.

The new Britney is looking more like the Britney we knew in the first years of her career. With a new home, she is moving on with her new career, her future husband and her kids. And it’s all looking bright.