Ladies love Butler for his sultry accent, and dudes hate him because they’ll never look as good as he did in 300, but maybe the surfer-dude look is going a little too far… 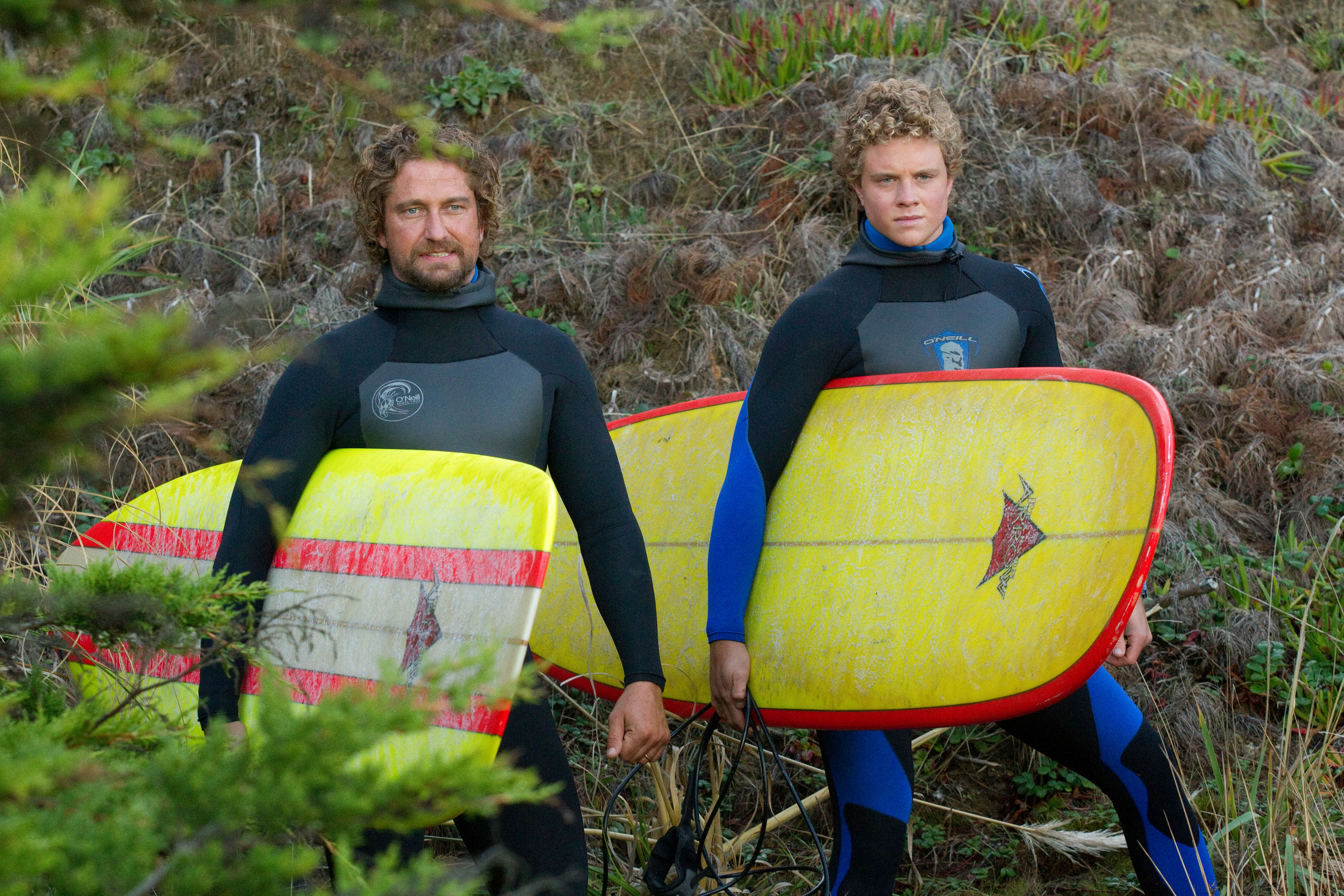 SheKnows was excited to score this exclusive picture of Gerard Butler as surfer Frosty Hesson in the upcoming film Chasing Mavericks, but it had some of our staff wondering where he was in the picture.

I mean, I personally rock the shaggy hair, and it’s become a bit of a personal trademark, but they weren’t a fan of the new look on the typically clean-cut Scotsman — so much so that they hardly recognized him!

I’m not really one to judge, and even if I were, I wouldn’t really be the first in line to critique the former Leonidas. I’m guessing he still remembers some Spartan moves, long locks or not.

Let’s get back on topic, though.

Looks aside, we’re excited to share the picture, and word on the street is we’ve got some awesome coverage with the stars of the film filtering in early next week. So keep an eye out!

Butler’s been busy lately, cranking out all sorts of films like Playing for Keeps, but this one throws a whole new persona his way as he assumes the role of a surf-legend-turned-mentor for young Santa Cruz daredevil Jay Moriarty (Jonny Weston, also pictured above). The film chronicles their pursuit of the largest wave that may or may not define their relationship.

That is, of course, if Moriarty survives it.