The rapper dropped out of school at 15 to help support his ailing family. But Wednesday night, 10 years after dropping out, he announced he has passed his final class. 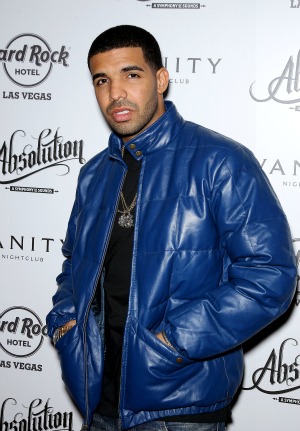 Ten years after he dropped out of high school, 25-year-old actor/rapper Drake has finally received his high school diploma. But Drake was no slacker — he dropped out of school to star on Degrassi: The Next Generation when he was just 15. But in recent months, he has been studying with a tutor to earn his diploma.

“97% on my final exam. 88% in the course. One of the greatest feelings in my entire life. As of tonight I have graduated high school!” he tweeted last night. “Thank you to my teacher Kim Janzen for spending the last 5 months working tirelessly with me!!”

Drake’s character on the show may have taught him more about life than the high school experience would have at 15 years old.

“Over 138 episodes, Drake played Jimmy, a gregarious basketball player who — spoiler alert — became disabled after being the victim of a school shooting,” said Slate.

Drake supported his family with the earnings from the Canadian TV show, and he told MTV the only reason he even took the job was to support his ailing family.

“My mother was very sick. We were poor, like broke,” he said. “The only money I had coming in was off of Canadian TV, which isn’t that much money when you break it down… A season of Canadian television is under a teacher’s salary, I’ll tell you that much.”

While the show made Drake successful, he had bigger dreams. While acting on the show, he began to record mixtapes as a rapper, and in 2009 was signed to Lil Wayne’s record label. He has released two studio albums since then. But his lack of a diploma is obviously something Drake has been thinking about, as he has talked about in his music.

“I guess we’ll never know what Harvard gets us/But seeing my family have it all/Took the place of that desire for diplomas on the wall,” he said in “Crew Love.”