Donald Trump causes Twilight fans to defend their girl after he tweets that Kristen Stewart will cheat on Robert Pattinson again. 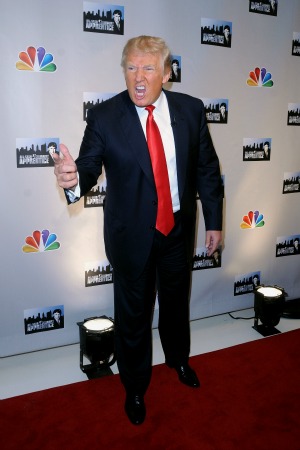 It is doubtful that Stewart and Pattinson were looking for the real estate mogul to chime in on their relationship. What is curious about the tweet is that Trump is no stranger to cheating himself. His first marriage to Ivana Trump ended in 1992 when his then-mistress Marla Maples confronted his wife during an Aspen vacation.

The Twilight couple recently reunited after a summer scandal involving Stewart and the married director Rupert Sanders from Snow White and the Huntsman. The timing of their reconciliation is a bit curious, though, given the fact that their final film, The Twilight Saga: Breaking Dawn — Part 2 hits theaters in less than a month.

Fans of the vampire film duo are weighing in on Twitter with comments like, “You too are a dog. Takes a cheater to know a cheater” and “so how’s Marla these days? I assume then you’ve cheated on Melania?” Trump is on his third marriage to model Melania Knauss after divorcing Marla Maples in 1999.

The multi-millionaire is no stranger to drama or publicity as he has had some well-known feuds with comedienne Rosie O’Donnell, media mogul Arianna Huffington and singer Rihanna. He might just be drumming up some business for his upcoming season of Celebrity Apprentice.

One thing is for sure, The Donald always gets the last word. He tweeted, “Lots of response to my Pattinson/Kristen Stewart reunion. She will cheat again–100 certain–am I ever wrong?”