Heads up, Honey Boo Boo Child! Here comes a home makeover, courtesy of Rosie O’Donnell. Thanks to the fact that the comedienne and the young reality star are fast becoming friends, the world may just be able to watch the renovations go down in a televised special. 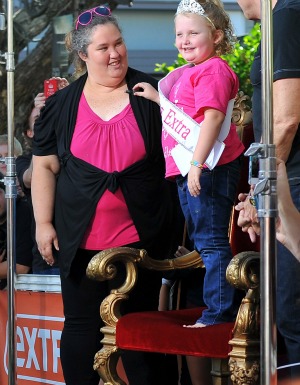 Honey Boo Boo’s family has, shockingly, turned down Rosie O’Donnell’s offer to buy them a new house. Alana Thompson, Mama June and the rest of the TLC reality show gang are, however, down for a few upgrades!

The mother of the pageant star nicknamed “Honey Boo Boo Child” has reportedly explained to the comedienne that their family isn’t in need of an entirely new home but that there are a few renovations to be done if she’s willing to help.

“We’re in! Are you kidding me? Of course,” Rosie O’Donnell told People in response to the home makeover suggestion.

As a matter of fact, the heart-attack survivor plans to be there personally.

“They do that Extreme Makeover show — hello! I will call David Zaslav [President and CEO of Discovery Communications] when I get home. I will say [the family is] very into an addition, maybe we get Home Depot to chip in, and we make it the Christmas special: Rosie O’Donnell and Honey Boo Boo’s Renovation.”

As a matter of fact, there already is a holiday Here Comes Honey Boo Boo TLC special in the works!

“They’re taking a family that is supposed to be perceived as ‘less than’ and showing them [to have] humanity and value,” Rosie O’Donnell explained of why she’s come to love the show many others consider abysmal. “I don’t watch that much TV anymore — some of the shows like the Real Housewives, I never got into that. People are mean to each other. It’s not my thing.”

Can you see value in Here Comes Honey Boo Boo, as Rosie O’Donnell does?