President Obama is taking over Comedy Central! No matter your party affiliations or whether you love to hate or hate to love Jon Stewart, Thursday’s episode of The Daily Show should be a must-see for voters. 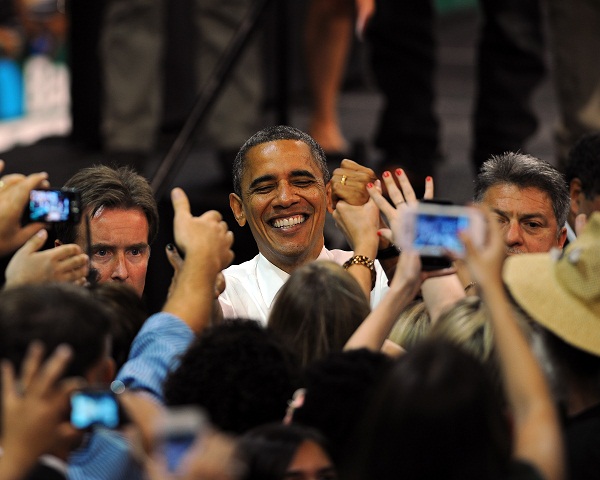 As the campaigning begins to (slowly) wind down, President Obama makes another stop to chat with Jon Stewart on The Daily Show. This will be the president’s fifth time sitting down with the liberal host on his Comedy Central show.

If it seems strange for a president to visit Comedy Central so many times, there’s a simple explanation. President Obama may be our commander-and-chief, but he’s also a pretty funny guy. Just check out this clip of President Obama “slow jamming” on Late Night with Jimmy Fallon.

The atmosphere Stewart creates for The Daily Show is one in which President Obama flourishes. And who doesn’t perform at their best when they’re with their fans/friends? This should be an excellent chance to hear Obama discuss the things he’s most passionate about without all the time constraints of the debates.

While Stewart’s show is satirical and should never be taken as an unbiased news source, he always strives to feature important and intelligent guests, many of whom work within or comment on our government and the state of our country. His interviews are enlightening but almost always carry a light-hearted tone, as well.

If you’re not on Obama’s team, it may be best to DVR the show and fast-forward through Stewart’s opening antics. The Daily Show is not for the sensitive type.

The Daily Show with Jon Stewart airs on Comedy Central weeknights at 11/10c.