Pink has dropped a whopping 55 pounds since giving birth — and now the singer is showing off her smokin’ hot bod on the cover of Shape! 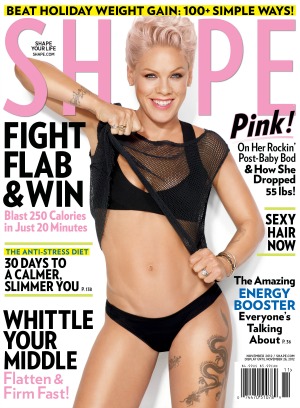 Pink may have gained 55 pounds during her pregnancy, but 15 months after her adorable daughter Willow was born she has lost it all — and then some.

The singer is showing off her rockin’ body on the cover of Shape, and while those newly sculpted abs look like they’ve never tasted the pleasures of cheesecake, nothing could be further from the truth.

While she opted to “be kind” to her body in the first few months after giving birth and not jump right into a crazy diet and exercise program, she did eventually start working out with Jillian Michaels and Jeannette Jenkins. Now, she says, she’s in the best shape of her life.

“They both kicked my butt more than any other person I’ve ever worked out with,” she said.

How did she do it? Another one of her trainers, Gregory Joujon-Roche, told Shape that when he worked with her, “Our training was a ton of cleansing, cardio, martial arts, lengthening, toning, stripping, and sweating. Everything was fun, loose, and high energy! We focused on a lot of free-motion body awareness.”

“We’d aim for 90 minutes, five days a week. Wherever we were, we were in an environment of 75 percent heart rate, ‘steady Eddie’ as we like to call it. Her heart rate would be between 155 and 165 for the entire session. The only time that rate would go down was during a rest, which would be stretching. It’s not grueling, but it’s definitely tough to sustain that heart rate for the entire 90 minutes.”

A great attitude towards your workout helps, too. Joujon-Roche revealed that Pink “always took that time to be with you and is always fully present. She really honors her workout time. She’s just a great human being, which is rare in the rock and roll world. She was always willing to try anything, always optimistic and up for a challenge.”

Read the complete interview with the uber-buff Pink in the November issue of Shape.

6 Celebrities who have tried trapeze

20 Celebrities that got fit dancing 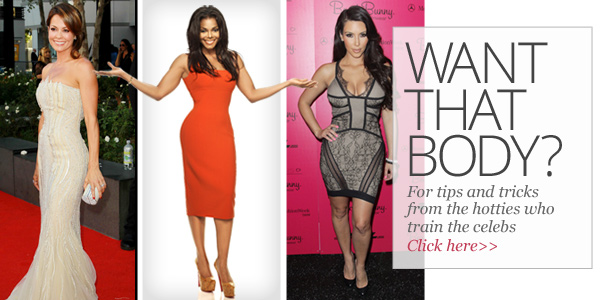