It’s hard being a celebrity back from the dead and keeping your archer-hero identity under wraps, but throw some angry women on top of it, and now you’ve got real problems. 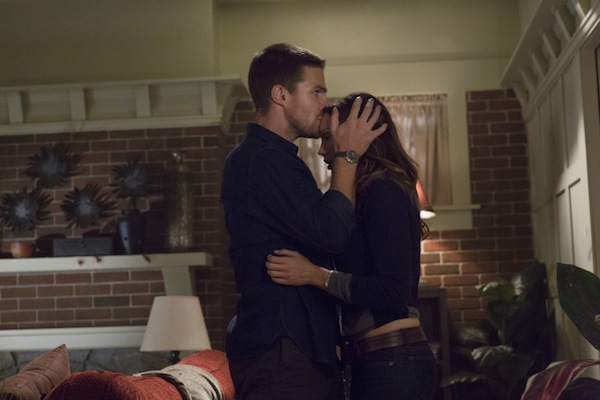 It’s official. The courts have declared that Oliver Queen (Stephen Amell) is back from the dead, but which version of himself exactly? The immature frat boy or the villain-slaying archer? It’s hard balancing a public bachelor persona with an undercover hero life, and the women in his life aren’t making it any easier.

After discovering his sister Thea’s (Willa Holland) drug problem, things have been pretty tense between the siblings. She’s feeling quite judged and is still pretty angry that he’s been gone for five years. But, after noticing all the scars on his chest, she really just wants him to open up to her about what happened on that island. She takes him to his gravestone and gives a moving speech about how she used to go there just to talk to him. She’d beg him to find his way back to her. But, having him home isn’t any easier. “I felt closer to you when you were dead.” Ouch. I guess five years on an island didn’t sharpen his people skills. 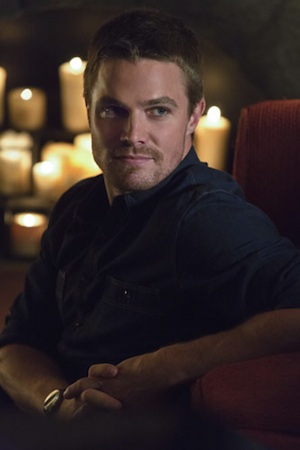 Instead of opening up to his sister, he visits Laurel (Katie Cassidy). She’s still pretty upset about the whole “stay away from me,” speech he gave her last week. But, he makes amends by bringing ice cream. Smart guy. Although from the look of his chiseled abs, I doubt he’s had a drop of ice cream in years. While they share a lovely conversation, they are unaware of the crazy assassin lady whose trying to kill them.

Laurel is currently prosecuting a case against Martin Somers, who killed an employee after he found out something he shouldn’t have. And wouldn’t you know that Somers also happens to be next on Arrow’s hit list.

Somers isn’t really fazed by Arrow or the cops, but that pesky lawyer Laurel is really getting in his way. So, he hires China White (Kelly Hu), a smokin’ hot platinum ninja, to get rid of her. She decides to do this just when Oliver and Laurel are bonding over some mint chocolate chip.

As China White crashes into the house, Oliver prepares to fight her, but just then his bodyguard, Dig (David Ramsey) shows up and takes care of business. When Dig’s in a jam, Oliver tosses him a knife with such precision it later makes Dig question where he acquired such a skill. He is definitely onto our hooded crusader.

Oliver immediately retaliates and goes head to head with Somers. He terrifies him into confessing that he actually did kill his employee. Luckily, Oliver was prepared and able to catch the confession on his high tech arrow/ recording device. Pretty fancy stuff. Unfortunately, China White gets away… this time. I’m sure that’s not the last we’ll see of her. 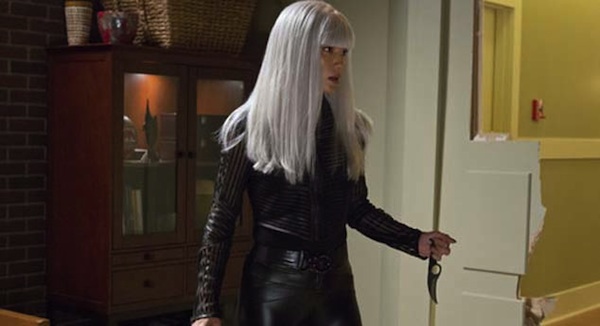 In his “real life,” Oliver is doing his best to play the role of perpetual partier. To stay in character, he shows up to a memorial for his father pretending to be drunk. His mother wanted him to run the family business, but he doesn’t have time for all that. Im trying to save the city, geez Mom, get off my back. So, instead, he acts like a man who’d never be fit to run anything. As long as he appears incompetent and unrestrained, he can fulfill his promise to his father: Save the city from the men who failed it.

His mom’s not too happy with him, but then again she also knows their yacht was sabotaged, and isn’t telling him. So, who really cares how she feels about it?

How did Oliver get those scars? Well, at least one of them was from the arrow of an archer. Apparently, he wasn’t the only person on the island after all.

Laurel’s brutal honesty and strong personality are some of her best qualities. Check out this clip of Arrow star Katie Cassidy talking about what makes Laurel so interesting.