Twilight hunk Kellan Lutz may be kissing vampire fangs goodbye, but he’s got big plans for the future — including quite a few different hats to wear. Oscar winner, chemical engineer and inventor careers are all currently in motion! 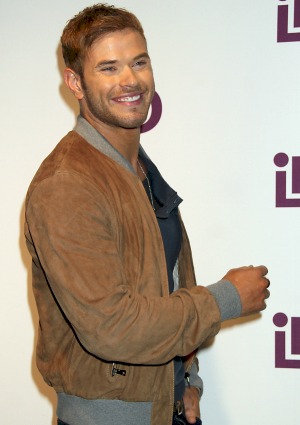 Kellan Lutz is going to be the next big thing in everything! The Twilight actor is busily making plans for his post–Emmett Cullen life, dabbling in this, that and the other.

Speaking to DuJour, Kellan Lutz declared, “I want to act for the rest of my life. I’ll win an Oscar one day, but I’m in no rush to get there. I don’t care if that takes me 50 years, and I’m old. I just love what I do.”

As he and the Twilight gang prepare to debut Breaking Dawn: Part 2, the 27-year-old finds comfort in knowing he can always fall back on his “biggest passion in life” — chemistry — should film roles dry up.

That love affair could very well turn into a lucrative future. With two very hush-hush patent-pending inventions in the works, Kellan Lutz’s excitement can barely be contained.

“I actually just flew back home to Arizona to build [my inventions] with this scientist who has a lab there,” he explained of the process. “It was 120 degrees and the air-conditioning was broken and I was working with 400-degree ovens, but just being in the lab station is fun! Especially because you don’t have a teacher saying you can’t do something.”

Get excited: More photos from Breaking Dawn 2 are here! >>

Also great? Having a sparkly bankroll to fund such ideas. Referring to his Twilight income, he went on, “It’s great because acting has given me the resources and platform to help charities but also the money to create my inventions and pay for the patent process. Attorneys aren’t cheap!”

All of the Twilight success and future potential hasn’t gone to this guy’s head, however. “I don’t go home and act like I’m God’s gift to the world or anything. I’m still Kellan,” the actor said. “And I’m so appreciative of every opportunity that I’ve had.”

Tell us, are you interested in buying Kellan Lutz’s inventions?