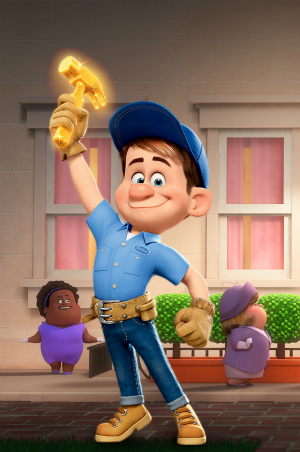 It is widely known that opposites attract and it could not be better exemplified than when Fix-It Felix Jr., played by Jack McBrayer and Jane Lynch’s character, Sergeant Calhoun, team up in Wreck-It Ralph.

Set in a world of arcade game characters, Wreck-It Ralph showcases Fix-It Felix Jr. and Sergeant Calhoun’s unusual bond. This peculiar relationship stems from Ralph’s selfish antics as he tries to figure out how he can be seen in a positive light instead of forever being hailed as a “villain.”

Jack believes this bizarre character combination works because, “It’s complete opposites attracting each other. I mean this little guy, he’s never even seen anything in HD.”

Just to clarify, Sergeant Calhoun comes from a game far younger than Fix-It Felix Jr.’s game (i.e., higher definition), only accentuating his intense interest in this opposite character.

Jane adds that Sergeant Calhoun “is all about gritty realism and being in the middle of a fight and destroying. And he is just like ‘Oh, I’ll fix it’.”  This statement only demonstrates that while the characters they play in the movie may be opposites, they are very much in sync in real life.

And while Fix-It Felix Jr. would let Sergeant Calhoun have the last word on their relationship in the movie, Jack still had more to add as to why this nifty duo makes sense. “I think those different levels of experience are sometimes things that can draw people together,” he says. 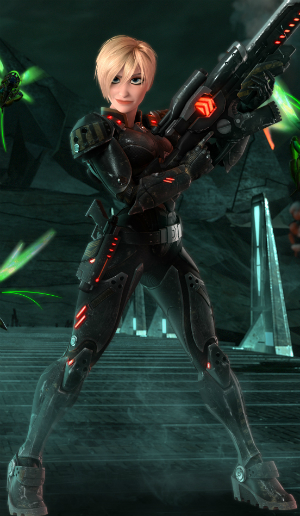 When it comes to their experience with voice acting, Jack and Jane also “read the same script,” so to speak. “It’s easy and fun,” Jane tells Sheknows with a grin that confirms her opinion.

For Jack, he loves voice acting because, “It was easier [than on-camera acting], but I gotta say, there is some joy with being in the same room and same space with another actor, with that being said, you have so much freedom when it’s you and a microphone and a director.”

When asked about a sequel, they were both readily on board and were already coming up with ideas for different scenarios.

After mentioning an idea about a smartphone, the wheels in Jane’s brain began turning, “Oh my gosh, that’s good… OK, maybe the big thing is that we have to somehow create an application to get on iPhone. Jack’s face lit up like an LED light and said, “Shut up, that’s solid.”

While their movie characters could potentially anticipate a smartphone in a sequel to Wreck-It Ralph, in the here-and-now both Jane and Jack have multiple games on their phones that they (or in Jane’s case, her daughter) are addicted to. “Solitaire, story of my life,” Jack says followed by a burst of laughter.

Even though Jack may feel lonely, his character Fix-It Felix Jr. is anything but, especially thanks to Sergeant Calhoun.

WATCH OUR INTERVIEW WITH THE CAST