American Horror Story has an ace up its sleeve. Another actor is joining its second-season roster. And once again, it’s a star from the original cast. No, not Connie Britton — but the next best thing. 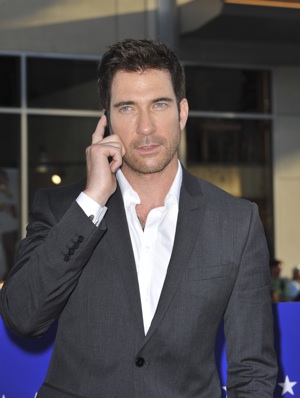 Tonight, FX kicks off the second installment of Ryan Murphy‘s American Horror Story. This season’s called Asylum, and it features both fresh and familiar faces. Several original cast members are returning in new roles, including the latest addition.

Another American Horror Story star back for Asylum >>

Last year, McDermott and Connie Britton were the show’s headliners. At the time, he played Ben, a psychiatrist who had uprooted his family and moved them across the country. Unfortunately, his house of choice was a haven for the supernatural.

There’s no word on what McDermott’s new role will be. It would be interesting to see him as a patient. He’s already played a medical professional, so that would really turn the tables.

With McDermott returning, could Britton be close behind? The actress is currently headlining the new ABC drama Nashville, but she’d be open to an appearance.

She told The Hollywood Reporter, “If we could ever schedule it, I would definitely love to. Ryan and I have talked about it; it’s a little tough shooting a series in Nashville and they’re shooting Horror Story right now. But if we could pull it off, I know we will try to do that.”

Are you excited for McDermott’s return?