Mario Lopez is lucky in his career and in his love life, landing two TV deals in one week. 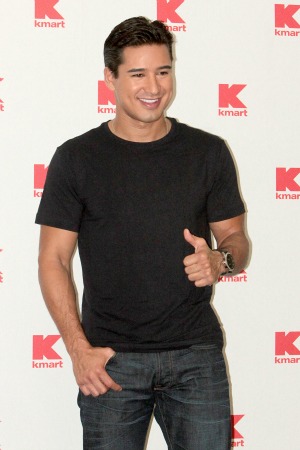 Mario Lopez is having a big week. First, FOX announced that the Extra TV host would be joining Khloe Kardashian as the new host of The X Factor. Now, TLC has confirmed that it will be televising his upcoming nuptials to fiancee Courtney Mazza.

The couple met while starring in the Broadway revival of A Chorus Line in 2008. They welcomed baby Gia Francesca in September of 2010 but waited until New Year’s Eve 2011 to get engaged in Ixtapa, Mexico. While the official wedding date has not been announced, the ceremony is rumored to take place in late November in Mexico. This will be the first marriage for Mazza but the second time down the aisle for Lopez. His first marriage, in 2004 to actress Ali Landry, ended in an annulment after just two weeks when she caught him cheating.

The television special will air on the cable network on Dec. 8 as a two-hour special highlighting their wedding preparations, including the location, the search for a wedding dress, and the actual ceremony with their family and friends.

In a statement released yesterday, Lopez said, “Courtney and I already feel incredibly blessed to have found each other, and thank God for our beautiful daughter Gia. Our family is looking forward to celebrating our wedding later this year, and know that TLC is the perfect partner to help us share our love and our special day with the rest of the world.”

TLC is no stranger to airing celebrity weddings, as it already has several events in its production portfolio with Nick & Vanessa’s Dream Wedding and Niecy Nash’s Wedding Bash. Lopez and Mazza are also familiar with the reality genre after airing their baby preparations on VH1’s series Mario Lopez:  Saved by the Baby and sharing their proposal footage on Lopez’s show.

It seems like nothing is kept private these days, especially when the networks are paying celebrities big bucks to share every personal moment with their fans.