Tom Cruise may be a little shorter than the Jack Reacher Lee Child cooked up, but what he’s missing in size he’s more than made up for with grit. 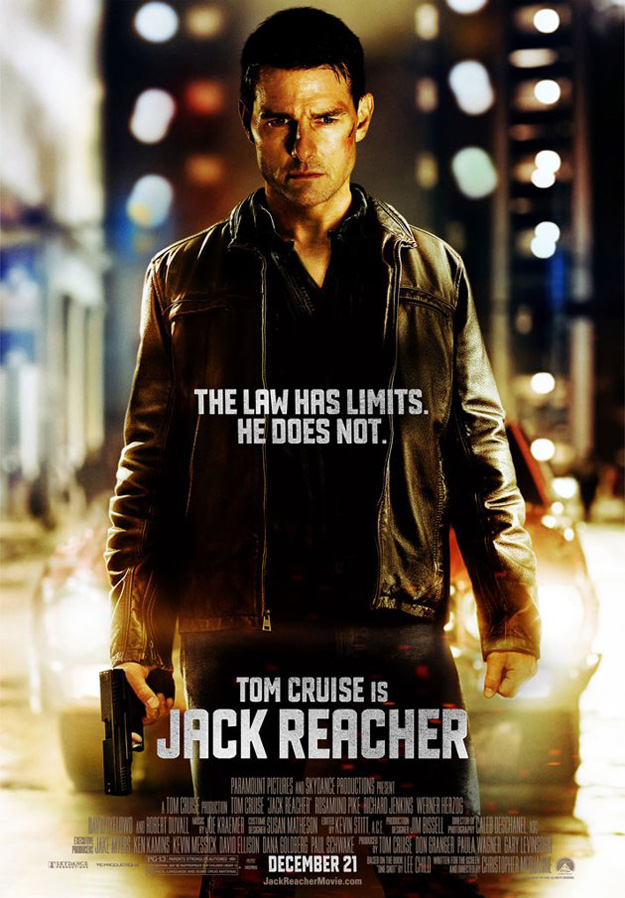 “They want me to run,” Cruise says in the newest trailer voiceover below, “and I’m going to finish this. I have nothing to lose, and if you’re smart, that scares you.”

Luckily for viewers, they’re not on the receiving end of Reacher’s (Cruise) fists but rather riding shotgun through his unorthodox, shoot-first-ask-questions-later justice binge.

Reacher is the stoic ex–U.S Army police major who navigates a long line of Lee Child novels filled with all the fierce, militaristic, calculated brutality that has demanded the attention of readers everywhere.

In the past, Cruise had to fight “should he choose to accept the mission.”

This time, he’s calling the shots.

According to the trailer, Reacher doesn’t come around too often and rarely leaves without making a statement.

When he shows up at the Allegheny County district attorney’s office, unexpected and uninvited, it’s on.

Complete with the addition of an orange Chevrolet Chevelle SS, he’s on a mission for truth concerning an alleged shooter and fighting a wave of trained killers.

To make matters worse, the tables have turned , illegitmately pinning him as the main suspect for the murder of five.

Jack Reacher is rated PG-13 and shoots into theaters Dec. 21.