The actress doesn’t just support causes she is passionate about — she actually helps them out. A supporter of legalizing gay marriage, Hathaway decided to sell her wedding photos to help that cause. 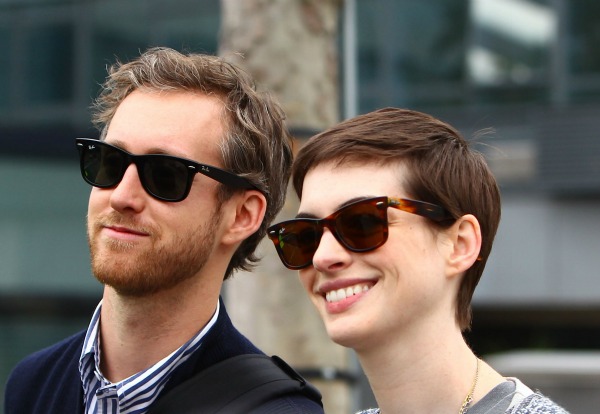 Anne Hathaway has never been shy about her support of LGBT causes, and she has figured out a way to use her fame to help in a new way. According to Contact Music, the actress sold many of her wedding photos to media outlets but didn’t do so for her own gain.

“The profits raised from the sale will go to good causes, including Freedom to Marry, which campaigns for gay couples to have the right to wed across the U.S,” said the website.

Hathaway has been a public supporter of legalizing gay marriage since 2008, when she revealed that her brother is gay.

“In my household, being gay was, and is, no big deal,” she said, according to E! News. “When my brother came out, we hugged him, said we loved him, and that was that.”

But the actress hasn’t just supported the cause. She’s been working hard for marriage-equality laws to be passed in many states.

“The Les Misérables star and her husband worked with Freedom to Marry’s National Engagement Party, helping to raise $500,000 for the Win More States Fund,” said E! News. “Proceeds were strategically channeled into the four states — Maine, Maryland, Minnesota and Washington — where marriage is on the ballot this Election Day.”

In 2008, Hathaway received an award from the Human Rights Campaign for fighting for the cause.

The money from the photos won’t just be going to Freedom to Marry. It will be split among many other charities as well, including the American Cancer Society, St. Jude Children’s Research Hospital, and The Girl Effect, according to Contact Music.

The actress has a blockbuster film coming out very soon. Les Misérables also stars Hugh Jackman, Russell Crowe, Helena Bonham Carter, Amanda Seyfried and other big names. The film will be coming out on Christmas Day.