It hasn’t been an easy road for actor Matthew Fox over the last couple of years, but he admits he learned his lesson and opens up to Ellen DeGeneres about the experience. 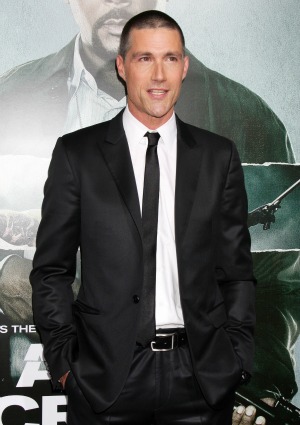 It isn’t easy being in the spotlight, especially when every move you make is documented by the media. Matthew Fox knows exactly how that feels as he talked about his run-ins with the law over the last year and a half on the Oct. 17 episode of The Ellen DeGeneres Show.

Fox, known for his TV roles on Lost and Party of Five, was arrested for an alleged altercation with a female bus driver in August 2011, plus a DUI in May of 2012. The incident with the bus driver went from a criminal case to a civil case after the judge tossed out the charges.

In the 2011 incident, the actor was sucker-punched by a man while riding a Cleveland bus during the time he was shooting Alex Cross. After the fight began, the bus driver made claims that she was involved in the incident. Fox says, “She was a woman that was in proximity to that, and she decided that she was going to write up a different version of events that happened that night and try to extort money from me. That was what went down.”

The case was eventually dismissed, but Fox did find himself in a very humbling position when he was arrested for driving under the influence earlier this year in Bend, Oregon. He said to Ellen, “I was not happy about the DUI at all. I was terribly embarrassed by that. And take full responsibility for it. I really own that and have done every single thing the state of Oregon requires for a first time DUI offender. I have learned a ton. I did four weeks of alcohol informational training. And just learned an enormous amount.”

Fox vowed never to put himself in that situation again. He said on the afternoon talk show, “One of the statistics that I learned is that 50 percent of people that get one DUI will get another. I found that pretty astounding after what I’ve been through. I will absolutely not be in the statistic. There is just no way.”

Fox lives in Oregon with his wife, Margherita Ronchi, and their two kids when he isn’t filming. His latest film, Alex Cross, comes out Oct. 19 in theaters nationwide.