As far as teen heartthrobs go, Josh Bowman is an exquisite specimen of a young man. With British breeding, one fine face and a way about him that can make even smart cookie Emily VanCamp swoon on Revenge (and real life), this guy is the new number one on our hot list. We’re glad that Miley Cyrus didn’t keep him all to herself. 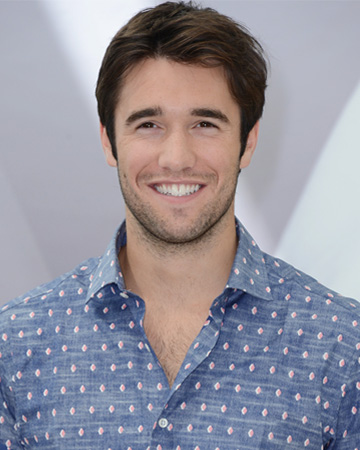 As far as teen heartthrobs go, Josh Bowman is an exquisite specimen of a young man. With British breeding, one fine face and a way about him that can make even smart cookie Emily VanCamp swoon on Revenge (and real life), this guy is the new number one on our hot list. We’re glad that Miley Cyrus didn’t keep him all to herself.

This wildly attractive British actor hides his accent well on Revenge — and with those chiseled looks, we might just believe anything he tells us. Good thing he’s an honest, modest guy. 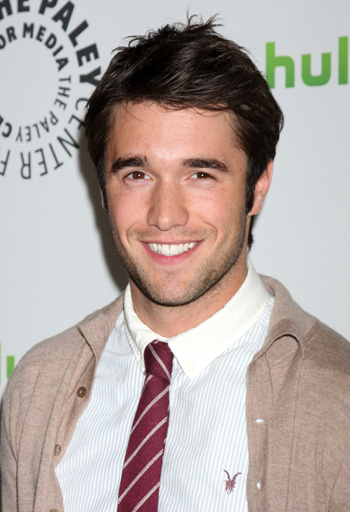 He’s (until now) been relatively unknown

Don’t you love feeling like you’ve “discovered” a new hottie from an obscure show? That’s how we feel about Josh Bowman, even though Revenge is anything but obscure these days, and he did do a movie with Miley Cyrus (So Undercover, out this December in the U.K.). Still, seeing him play put-upon rich boy Daniel Grayson (opposite his rumored real-life girlfriend Emily VanCamp as scheming Emily Thorne) is like a surprise gift from above… and a very attractive gift at that.

But Josh, whose personal motto is “March forth,” a play on his birthday, March 4, admits he sometimes looks past Revenge and toward the future. He told Rolling Stone:

“I don’t care if I fail. I’ll just keep on trying to be better and get better at my craft, and I think it would be good to get out and have people see me in a different light. Maybe something back at home in England, or something where I’m embodying a different character completely. I don’t think I’d want to play the same character ever again.”

No, don’t go back across the pond, Josh! We don’t want to imagine a world in which Revenge exists without him at the helm.

Not only did Josh merely play rugby before he decided to try his hand at acting, but he was a very good player, even going pro in the British leagues… until fate intervened:

“Well, I got to a certain level in the pros but then I get injured,” he told GQ. “And I kept getting injured. I felt f***ing retired and then I was told I had to retire. I loved the performing arts in high school, but had no experience besides that. My friend was an agent and she agreed to take me on. I guess the universe was telling me something.”

We like what the rugby gods had to say, because now we can enjoy Josh in our living room every Sunday evening. What a delicious way to finish the weekend…

Women’s Health asked Josh what the key to a successful relationship is, and he said this:

“For sure, honesty and respect. And fun! Fun is so important. A good sense of humor will get you everywhere. The last thing you want after a day in the office writing about some silly actor on Revenge is to go home to a boyfriend who’s moaning at you.”

Silly?! We think not, Josh — but we love that you can laugh at yourself.

It’s no surprise that Josh has been known as quite a ladies’ man. In the past, tabloids linked him with prominent celebs like Miley Cyrus and Amy Winehouse. But now? He knows what he wants in a woman. (Hint: She’d better be strong-willed.)

“If you line up all the people I’ve dated, I don’t know that you would find a type. I’m not really a looks guy, either,” he told GQ. “I really like someone who doesn’t take themselves too seriously and who will give me s***. I don’t like people who just say, ‘Yes sir, yes sir.’ I like someone who challenges me to be a better person. That’s what’s important.”

One clue who that special woman could be: His co-star Emily VanCamp herself! The pair has been spotted cozying up to one another in public, but he’s staying mum about the relationship so far. In fact, he has a few choice words for those who like to pry:

“I tell them to [expletive]-off because it’s none of their business, and then it becomes less about the show and more about who I’m dating,” he told People.

Until he publicly claims Emily, independent women, start lining up! Right behind us, of course…