The Twilight actress kept the news of her home quiet. But what does it mean for any future relationship with Robert Pattinson? 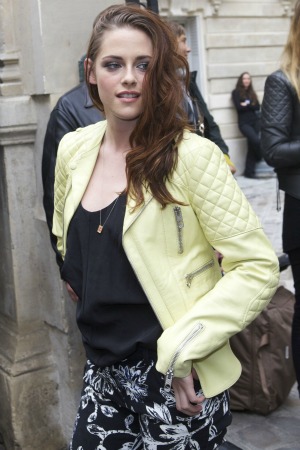 The saga of the breakup between Kristen Stewart and Robert Pattinson seems like it has lasted all year, but in reality it has only been a few months.

When the actress cheated on her boyfriend and Twilight co-star she said she was sorry and didn’t mean to hurt him. But it looks like Stewart may have given up on her hopes of getting back together with Pattinson sooner than everyone imagined.

“According to Real Estalker and Zillow, the newly-single Stewart purchased a two-story home in Los Feliz for $2.195 million in August,” said Ilyce Glink with CBS News. “Right after her breakup with co-star Robert Pattinson.”

But the home isn’t far. Glink said the home is only 1½ miles from Pattinson’s home (the same home he put up for sale soon after the breakup). It has been reported that Stewart and Pattinson are now back together, but they haven’t said where they will be living. If Pattinson does sell his home, living in Stewart’s new home could be a fresh start for the couple.

“Zillow says the home was built in 1957 and measures more than 3,000 square feet. It features four bedrooms with en suite baths, an additional half bath for guests and a master bedroom with a private sitting room and terrace,” Glink said. “Though unassuming from the front, the home is surrounded by lush tropical landscaping and offers stunning views of the valley below.”

Glink said Pattinson’s $6.275 million home, which he bought in September 2011, is very similar to the design of Stewart’s new home, so her stuff should fit in perfectly (as should Pattinson’s, if he decides to move in).

Neither actor has commented on the home or if they are living there, but it’s pretty surprising she kept the news out of the public eye for so long. Whether or not they’re back together, the couple will be out together for the promotion for their new movie, The Twilight Saga: Breaking Dawn — Part 2, which comes out in November.

44 mins ago
by Danielle Sinay