The X Factor is shaking things up! Not only does the show have two new judges, it’s getting two new co-hosts. After much speculation, Khloé Kardashian and Mario Lopez are joining the team. 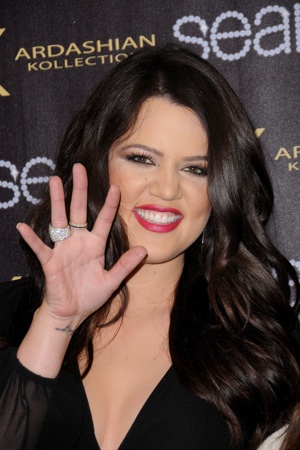 Simon Cowell is pulling out all the stops for The X Factor. For the revamped second season, he’s snagged not one, but two new hosts. One is reality TV royalty, while the other is an actor turned entertainment reporter.

The X Factor: Will Khloé Kardashian be named as host? >>

According to EW, Khloé Kardashian (Keeping Up With The Kardashians, Khloé & Lamar) and Mario Lopez (Extra) will share the stage on The X Factor. The duo will join current judges Britney Spears, L.A. Reid, Demi Lovato, and of course, Cowell.

The X Factor disses The Voice while confirming Britney & Demi >>

Kardashian is ecstatic about her new gig. “I’m so thrilled to become a part of The X Factor family,” she said. “I’ve been a big fan of the show, and look forward to working with Simon and all of the judges. It’s going to be so much fun!”

Lopez shares Kardashian’s sentiment. “I’m very excited to be joining The X Factor team,” he said. “I love the show, and I’ve been a big fan of Simon Cowell and the judges for a long time. Khloé and I have been friends for years and I know we’ll be a great team and have a blast.”

Cowell calls their addition “the worst kept secret in Hollywood.” He also officially confirmed their hiring and start date. “Mario and Khloé are our hosts,” he revealed. “They will debut on our first live show in November and I couldn’t be happier.”

What do you think of Khloé Kardashian and Mario Lopez signing on?