The man who played James Bond for 12 years is a big fan of Skyfall, but especially of actor Daniel Craig as the newest incarnation of the secret agent. 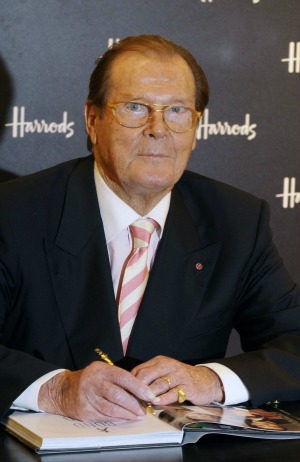 Sir Roger Moore was not the first James Bond, but he might be one of the most memorable. The actor was given a special sneak peek of the new Bond film Skyfall over the weekend and has once again fallen in love with the character.

Moore spoke Sunday night during “An Evening With Roger Moore” at the Rose Theatre in the UK, and talked about his love for the new movie.

“I was invited on Saturday morning to a private screening of Skyfall,” he told the crowd, according to Tom Butler with IGN Entertainment. “Now, I have always said that the best Bond was obviously Sean [Connery], but I’m happy to say when Skyfall is released on October 26, it is going to be the biggest [Bond film] there has ever been in the cinema.”

Sir Moore played the character in six different movies from 1973 to 1985; he was one of nine men to play the character since 1954.

Moore continued on about the current man playing the British secret agent. “ [Daniel Craig] will go down as the best Bond in history,” he said. “It is fantastic.”

He also talked about his respect for Craig, and how he feels he has gotten a bad rap in the part. “Before I saw Skyfall, I felt very angry about the way that the English press treated Daniel Craig,” he said, according to Butler. “Before he’d started [Casino Royale] they predicted doom and gloom and they criticised him. I used to write letters of support to him, and I was so pleased when I saw Casino Royale because he was truly excellent in it.”

He continued with praise for the actor without the Bond franchise as well. “He’s a wonderful actor, if you’ve seen Munich or In Cold Blood, you know he’s a terrific actor,” Moore said.

Skyfall will be in the United States on Nov. 9.