Beyonce is set to rock the Superdome at the 2013 Super Bowl! 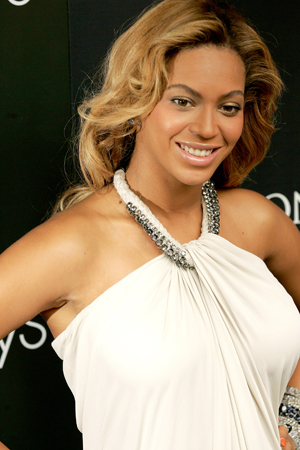 It’s official: Queen Beyonce will headline the Super Bowl XLVII halftime show on Feb. 3, 2013. The singer confirmed the news with an adorable post on her Tumblr page.

Rumors of a Beyonce show emerged early Tuesday morning when an unnamed source confirmed the news to the Associated Press. The show — set for the Superdome in New Orleans — is now confirmed as Beyonce’s, but we can almost bet that husband Jay-Z and maybe her Destiny’s Child bandmates will make an appearance.

The news also gives some clarity to the whole debacle surrounding her departure from the Clint Eastwood-directed A Star is Born.

“I was looking forward to the production of A Star is Born and the opportunity to work with Clint Eastwood,” the mom of Blue Ivy Carter said in a statement. “For months we tried to coordinate our schedules to bring this remake to life but it was just not possible. Hopefully in the future we will get a chance to work together.”

The performance will mark one of Bey’s few returns to the stage since giving birth to her daughter in January 2012. The singer most recently made an appearance at Jay-Z’s concert last week at the Barclays Center in Brooklyn. She also did a series of shows at the Revel Resort and Casino Atlantic City, New Jersey earlier this spring.

Let’s just hope she doesn’t go through such a drastic diet as she did for her Atlantic City tour to get ready for the halftime show, though. “Y’all have no idea how hard I worked! They had me on that treadmill. I ate lettuce!” she told the crowd in Atlantic City.

She’s going to need more than lettuce to perform for such a huge crowd.