Jack Osbourne’s bachelor party is one for the record books. Throw thoughts of strippers, gambling and tequila shots out the window, though. This event was pure torture — quite literally! 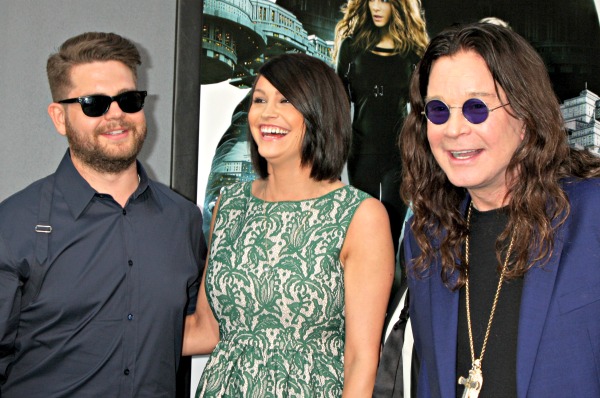 Details of Jack Osbourne‘s bachelor party prove it was an event like no other. Forget the follies of films such as The Hangover — this man was outright tortured before walking down the aisle!

Last month Jack Osbourne and a group of friends hit up Sin City to celebrate his remaining weeks of bachelorhood. Unbeknownst to the father of Pearl, however, his so-called friends had secret plans for the night that involved kidnapping and various forms of torture to be implemented by professionals.

Jack Osbourne recalled to Britain’s Hello! magazine, “I went to Las Vegas with some friends and we rode dune buggies in the desert, fired guns… and I was kidnapped. My friends flew out some guys from counter terrorism squadrons in the U.K. and they kidnapped me from the Palazzo hotel.”

Jack Osbourne’s lifesaving rescue, in his own words >>

While most brides-to-be fear their fiancé may imbibe too heavily and do something naughty with a lady of the night, Lisa Stelly had real reason to fear for her future husband’s safety!

“I got waterboarded, I got tortured — it was pretty awesome,” Jack Osbourne continued. “I don’t think many people can say of their bachelor party, ‘I got tortured by a member of Delta Force, a Navy SEAL, and two members of the SAS.'”

We don’t think so either, Jack! Perhaps Mr. Osbourne has kicked off a new trend in bachelor party high jinks?

“We’ve dealt with a lifetime’s worth of problems in one year,” the bride told Hello! in a post-wedding interview, referring to her groom’s MS diagnosis. “We’ve got through it all and I just know we’ll be together forever.”

“I feel like marriage will make our bond even stronger,” Jack Osbourne concurred. “Having Pearl and now marrying Lisa are just the best things ever. They have changed my life.”