In a culture of reality and tabloid TV, some celebs have gotten mighty creative in getting and keeping our attention. Exploitation and cheap dog-and-pony-show tricks rule the day. While we’ve become desensitized to most antics, some still make us say, “They did whaaaaat?” Here are some folks who just need to step away from the camera for a few days… 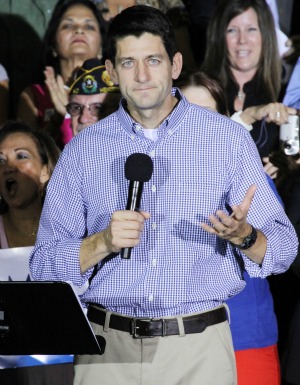 Of all the lousy ways to project yourself as “a man of the people!” Vice presidential candidate Paul Ryan did a drive-by visit to a soup kitchen in Youngstown, Ohio, just long enough to wash a couple of clean dishes, get his photo snapped and leave. So what’s funnier about this — that Ryan got busted in a shameless publicity sham, or that people act surprised and outraged by it? Are there any of us who really believe that Paul Ryan or any other politician spends any appreciable amount of time in a soup kitchen? If Ryan wants to try to undo the damage, he has an open invitation to come to my house and wash dirty dishes. (The latest update on dish-gate is that Ryan did wash a dirty pan. See, this is why people get frustrated with politics — it’s all too complicated!) 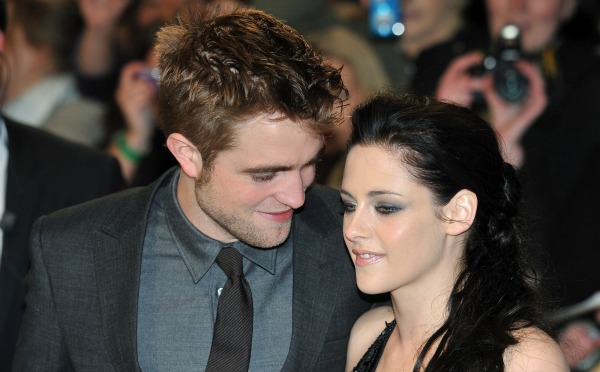 Twilight lovers Stewart and Pattinson hit a rough spot this past summer when an affair between Stewart and married Snow White and the Huntsman director Rupert Sanders was revealed. KStew and RPatz appear to be working on a reconciliation, based on Kristen’s claims that she only played tongue hockey with Sanders, but didn’t actually do the no-pants-dance with him. If Pattinson believes that, we’ve got a “like-new” cozy cabin in the swamps of Louisiana we’d like to sell him. We’re sure this reconciliation has absolutely nothing to do with the upcoming release of the final installation of the Twilight franchise, Breaking Dawn — Part 2. 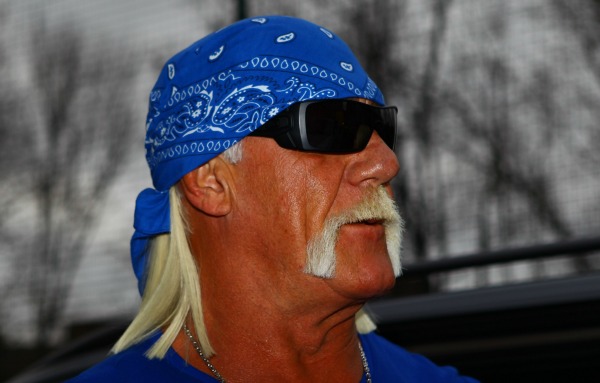 Another day, another sex tape that makes us say ewww. A sex tape has been leaked with Hulk Hogan and his then-best-friend’s wife, Heather Clem, doing the nasty. And we do mean nasty. Former Hulk friend “Bubba the Love Sponge” (double ewww) not only gave Hogan permission to throw down with his wife, he went right ahead and taped it. Thanks to Kim Kardashian, now everyone thinks all you have to do is get buck-wild with someone on camera and your “famous for nothing other than doing what other people do, sans camera crew” ship will come in. There has to be an easier way to get and maintain celebrity status. Oh yeah, you could try being a talented artist and working hard. As if! That concept is so twenty years ago. 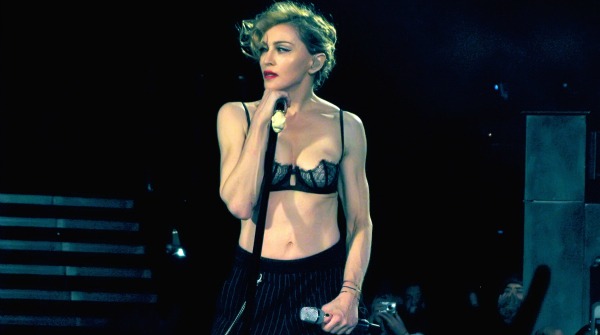 We hate to keep singling out Madonna, and not because it makes us feel bad, but because that is exactly what she wants us to do. Ms. I-keep-forgetting-I’m-54 dropped trou on stage again last week in tribute to Malala, a 14-year-old Pakistan girl who was shot on her way to school for a blog she wrote about girls’ rights to education. This is a tragic story, and hopefully Malala (who is in a coma) will recover. No one in their right mind would take issue with Madonna for wanting to raise awareness about this disgusting act, but forgive us if we don’t get the connection between flaunting your nether regions and women’s rights. Why does it just feel like naked ambition when Madonna does it? Why not manufacture an effective way to execute your feminine agenda that doesn’t involve nipples and butt cracks? This contradiction isn’t clever — it’s just aggravating, and needs to go away.