The awards shows are majorly competing with each other this year, which only brings good things to fans. Two comedic women will be hosting one of the big ones this year. 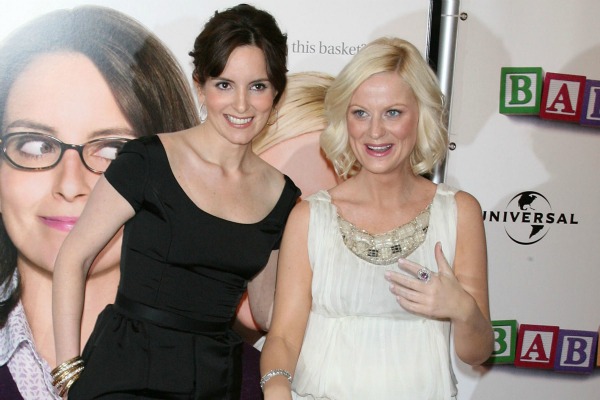 The 2013 Golden Globes just got a little more hilarious. Actually, a lot more hilarious. The awards show announced this morning that Tina Fey and Amy Poehler will be hosting this year.

According to the Hollywood Reporter, landing the two funny women was close to a miracle for producers.

“The hosts team is something of a coup for the Hollywood Foreign Press Assn, which awards the Globes each January, and for Dick Clark Productions, which produces the high-rated show for NBC,” said the magazine.

Both Fey and Poehler star in comedy shows on NBC, Fey on 30 Rock and Poehler on Parks and Recreation. They have also worked together on multiple projects, including Baby Mama and Mean Girls, and were co-stars on Saturday Night Live together.

“Having both Tina Fey and Amy Poehler on board to host this year’s festivities is a major coup,” Paul Telegdy with NBC Entertainment told the Hollywood Reporter in a statement. “Tina and Amy have a proven chemistry and comedic timing from their many years together on SNL to their successful co-starring roles in Baby Mama.”

“The hiring of Fey, 42, and Poehler, 41, two well-known comic talents with big fan bases — and large followings among women, who make up the majority of awards show viewers — could be seen as a direct shot by the Globes at the Oscars, which went with a less-known and more male-skewing host in Seth MacFarlane,” said the Hollywood Reporter. “In addition, the Academy, in a move perceived by some in Hollywood to be an attack on the Globes, moved up its voting deadline this year so that the Oscar nominations announcement will take place Jan. 10, three days before the Globes ceremony.”

But the battles among the shows could end up being great news for fans, as they are all trying to get the best talent possible. The 2013 Golden Globes will air Jan. 13, 2013.