The singer has always tried to pave her own path, but at age 44, it looks like she wants to embrace her legacy. She is releasing a video in which she sings one of her famous father’s songs along with him. 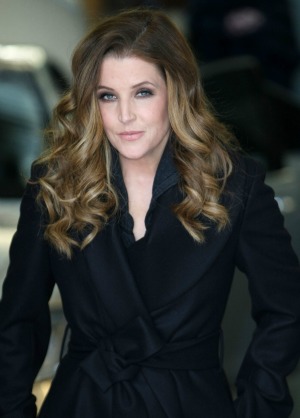 It’s hard to believe, but Lisa Marie Presley is now two years older than her father Elvis was when he died, and she now fully understands the weight of her last name.

“When Lisa Marie Presley said she was done fighting her legacy as the only child of rock ‘n’ roll king Elvis, she apparently meant it,” said Reuters.

She did this by first performing at the concert commemorating the 35th anniversary of her father’s death. And now she’ll be releasing a video of her new song — rather, duet — with Elvis Presley.

“Presley… recorded ‘I Love You Because’ in July 1954 at Sun Studio in Memphis, the same time he recorded ‘That’s All Right,'” Reuters said.

The song ended up on his first album, but producer Sam Phillips didn’t feel it was right for his first single.

“Presley… recorded her vocals to the song in August at the suggestion of producer T-Bone Burnett, as a special song for fans,” said Reuters.

She then performed it at the anniversary concert in August, where 25,000 people heard it, but she never expected anything to happen with the song after that. But then, the singer decided to make a video for the song.

“We were really moved when we saw this video,” Leslie Fram, CMT’s senior vice president of music strategy, told Reuters. “Lisa Marie and her team were thrilled and so gracious to allow this to be shared.”

Other Presley family members, including Lisa Marie’s kids, will appear in the video. Photos of Lisa Marie with Elvis will also appear.

CMT and CMT.com will be debuting the video on Thursday, Oct. 18, but you can buy the single digitally on Tuesday, Oct. 16. The full video will be available on iTunes on Oct. 25.