Former X Factor contestant Leona Lewis recorded the song but decided she didn’t want it as her first single, so for whatever reason it went to Rihanna. Is the British singer a little jealous? 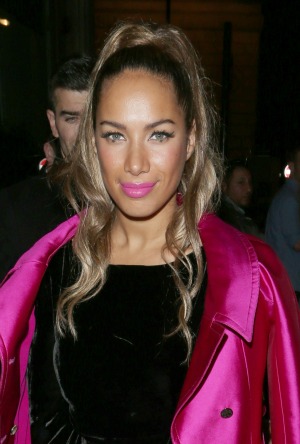 “I worked with Calvin and we recorded ‘We Found Love.’ But he went touring with Rihanna and she ended up releasing it,” Lewis told the newspaper. “It was the same version and production but mine’s better.”

She hints at the fate of the song: Either she lost out to Rihanna, or she just decided not to make it her own.

“I didn’t commit to it because I wanted ‘Trouble’ to be my first single so I think that was another reason they went with Rihanna,” she said.

The singer may be kicking herself now, as the song ended up selling millions of copies. According to the Daily Mail, the song spent three weeks at the top of the UK charts last year. But she also said it’s not abnormal for this to happen.

“There are so many songs I’ve recorded, only to hear other people singing them. It happens all the time.”

Lewis said she still has the version of the song she recorded but she wants to make sure no one will ever hear it.

“I still have the recording but I’d never leak it,” she said. “That’s so unprofessional.”

She is not without envy over the success of Rihanna and the song, but she also has a sense of perspective.

“It was a bit annoying to see how big a hit it was around the world but if I’d released it maybe it wouldn’t have done as well.”

Lewis is not doing badly by any means. She released her newest album, Glassheart, Oct. 7 and will be setting out on tour to support the album in April 2013.