The actor hit a parked car last weekend. As the paparazzi descended, he tried to do the right thing… almost. 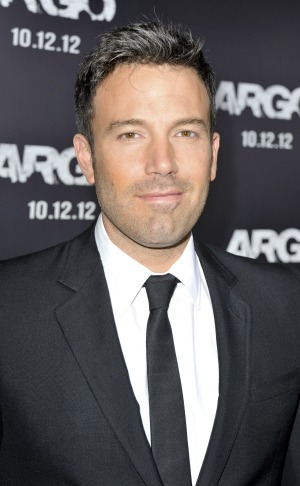 Anderson Live! seems to be the new place celebrities feel comfortable making confessions, and Ben Affleck is the latest. He told the host that last weekend he accidentally hit a parked car in Santa Monica but only clipped the “vehicle’s wing mirror,” said SFGate.

Affleck did attempt to do the right thing by waiting for the driver. But he said that as paparazzi started to surround him, he didn’t want to wait any longer, so he decided to leave an apology note for the car’s owner.

“Affleck was caught on camera looking sheepish as he delivered the message,” said SFGate. The note reportedly read, “Hi, Knocked off your mirror! Very sorry! Will cover everything — Ben.”

But when he left the note, he didn’t leave his own number. Instead, he told Anderson Cooper, he left the phone number of a friend.

“I left a friend’s phone number; she is no longer a friend,” Affleck said, according to SFGate. “She was like, ‘Really, you thought it would be fun for me to have, like, 75 calls all day long?'”

In all fairness, if the media knows what the note says, then they obviously checked it for Affleck’s phone number. So he probably did the right thing, at least if he didn’t want to change his phone number. But changing a phone number might be much easier than getting your friend to forgive you for having to change her phone number.

Affleck is pretty on top of the world right now. His new movie Argo, which he directed and starred in, made almost $20 million at the box office in its opening weekend, coming in just behind Taken 2, which came in at $21.9 million. The film has also gotten Oscar buzz and will probably be a regular at the awards shows this season.