Scarlett Johansson has ended her relationship with Nate Naylor, making her one of the most eligible bachelorettes in Tinseltown. 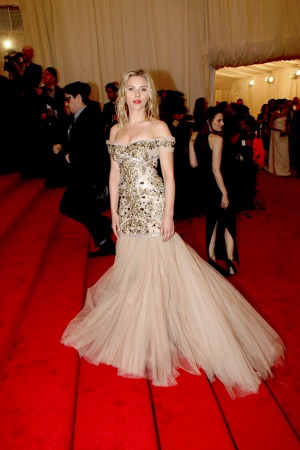 It looks like one of Hollywood’s hottest actresses is back on the market. Scarlett Johansson and her beau, Nate Naylor, have officially gone their separate ways. The actress and the advertising executive dated for almost a year.

The couple kept most of their dating life quiet and away from prying paparazzi eyes. Even though the couple rarely appeared together for official red-carpet events, however, they were seen on a romantic vacation in Paris last August. Rumors of a breakup surfaced during the Democratic National Convention though, when Johansson was seen holding hands with her ex, Jared Leto.

At the time, her representative told Us Weekly, “Scarlett is still dating Nate. This is very innocent. Scarlett and Jared have remained friends, nothing more, nothing less.”

Despite the denials from the sultry actress’s camp, it seems that there was a bit of trouble brewing as their breakup occurred in the last week.

People reported from a source that Naylor was “pretty upset but the writing was on the wall. A lot of people were surprised it lasted this long.”

It will be interesting to see how long Johansson stays single since she rebounded quickly from her two-year marriage to Hollywood hunk Ryan Reynolds with a fling with Sean Penn. That affair raised a lot of eyebrows since Penn was 24 years her senior. Their high-profile relationship lasted through several big events, including the White House Correspondents’ Dinner, but flamed out within four months.

While nursing a broken heart, the actress has a full slate of films coming out or in the works in the next few years. Johansson will be seen as Janet Leigh in Hitchcock, and she’ll be starring in the recently announced films Captain America and The Avengers 2, where she will reprise her role as Natasha Romanoff.