Rated R for Ryan? Gangster Squad takes audiences on a gun-toting, high-stakes ride through 1949 L.A. It was originally set to shoot into theaters later this month, but it’s been reassigned to release in January and we can’t wait. 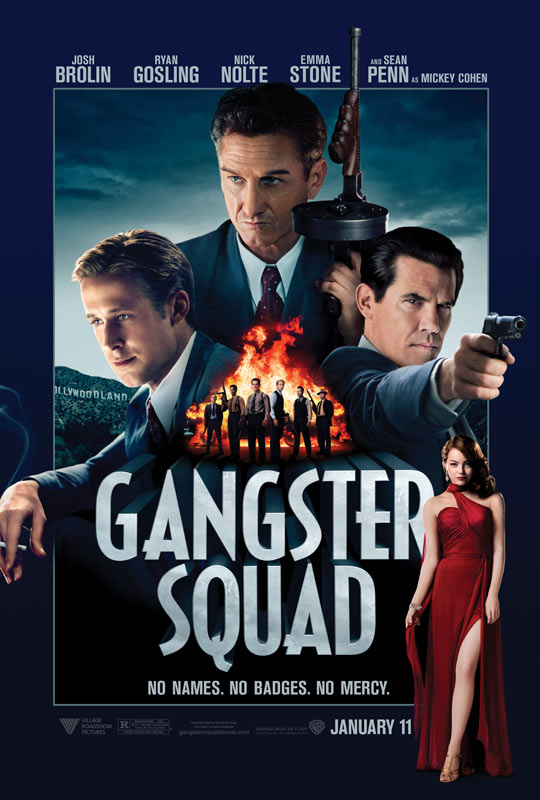 High-quality action meets high-caliber impact when L.A.’s finest go up to bat against the city’s most powerful crime lord.

Mickey Cohen (Penn) might have the majority of the police force under his corrupt command, but Sergeant John O’Mara (Brolin) and Jerry Wooters (Gosling) round up the last rough-and-tough few to take on the dark world of drugs, guns and prostitutes inspired by the real-life history of West Coast, Mafia-driven crime.

Gosling domineers as a vindictive, no-holds-barred man on a mission (reminiscent of his recent role in Drive) looking to reclaim justice and win the heart of Grace Faraday (Stone), Cohen’s beautiful, manipulative moll.

“Wanna take me away from all this and make an honest woman out of me?” — Faraday