The CW’s Emily Owens is a first-year resident at Denver Memorial Hospital. She’s got a rock-star surgeon as her adviser, her high school nemesis breathing down her neck and her crush as a best friend. We’ve got interviews and sneak peeks at the year ahead for Emily Owens, M.D. 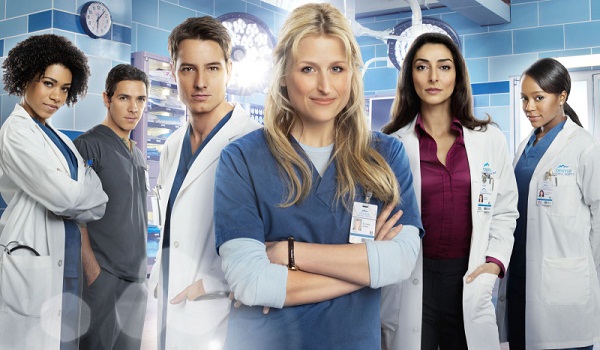 Are you ready for the Emily Owens, M.D. premiere?

The show follows Emily Owens (Mamie Gummer) as she embarks on her first year of residency and works under a world-renowned surgeon. What she quickly realizes, though, is that despite the fancy building and famous supervisors, working at the hospital is a lot like going back to high school. To make that point even more obvious and worrisome for Emily, her actual high school arch-nemesis turns up as one of her fellow residents.

It’s not all bad at Denver Memorial Hospital, though.

First, Emily is joined by her adorable friend, Will (Justin Hartley). They met in college and became best friends. Now they’re residents together in a seriously cutthroat program. Not only are they BFFs, but Emily also has a huge crush on him. As Emily fumbles through her first years of residency, will the constant eyes of her crush be helpful or humiliating?

Emily also makes fast friends with Tyra. She’s a good friend to have, as she just happens to be the chief of surgery’s daughter. Tyra is sarcastic and funny. She may not be the kid her father had hoped for, but she knows more about life at Memorial than any of the other residents, making her a valuable asset.

As for Emily’s worst enemy from high school, Cassandra, she hasn’t really changed much since then. She even promises Emily that she’s still a b****! During their first encounter and each of their interactions, she continues to try to bring back Emily’s embarrassing high school nickname, Pitts.

Everything about Emily Owens, M.D. looks fun. The tag team of cattiness between Cassandra and Emily’s mentor, Gina, looks painful but funny. Emily’s awkwardness around Will promises to be both humorous and adorable. When you add in Emily’s narrations and the things that fill her head throughout each interaction, Emily Owens, M.D. seems bound to be entertaining and worth the space on your DVR.