Another battle round of The Voice is upon us and everyone is feeling the tension. The artists are nervous and questioning their coaches’ choice for duos. Meanwhile, the coaches are letting their “steals” get the best of them. Friendships might crumble and only roughly half the artists will survive. 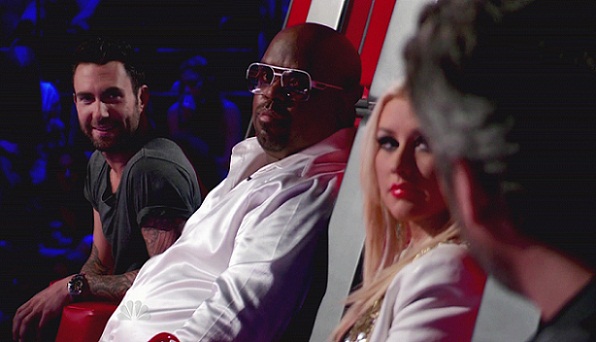 The Voice is back tonight for another battle round and NBC is promising a full hour of drama.

Has Blake Shelton lost his mind? That’s what Terisa seems to wonder. Terisa, who seemed full of confidence in the blind auditions, is shaking in her shoes over her pairing, especially when Blake gives her a song that is completely out of her element. She even questions Blake about whether he’s trying to get her kicked off his team. Who is her partner? Will she rise to the challenge? Will she make it to the next round?

Tension is swelling in the coaches’ chairs, too, as the “steal this artist” option has them fighting over the scraps again. As the battle rounds carry on and the season heats up, will tempers flare so high as to ruin a friendship between two of the coaches? According to the new sneak peek, it may not be out of the question.

This season of The Voice has been different from the get-go. First, during blind auditions, the coaches saw the return of Dez, who never made it past round one last season. Dez brought all his best moves this season, though, and made it to the battle rounds. Then, the producers introduced the “steal this artist” option into the battle rounds. Each time a coach picks the winner of their battle round, the other three coaches have a chance to “steal” the other artist. However, they each only get two steals, so they must be picky. What happens when more than one coach wants to steal an artist? The coaches grovel until the artist chooses which coach they’d like to try next.

Who will stay and who will go? And what, exactly, could the producers possibly have up their sleeves for the next round? We can’t wait to find out!

The Voice is back on tonight at 8/7c.