Peter Geye’s brilliant second novel explores the complexities of family, love, and survival in a turn-of-the-century logging town on the shores of Lake Superior. 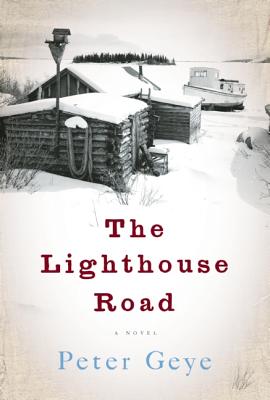 In the 1890s, Gunflint, Minnesota, on the northwest shore of Lake Superior, was transformed from a trapping and fishing village into an up-and-coming town, bolstered by logging and the promise of mining. Lured by the hope of a better life, Scandinavian immigrants and entrepreneurs began to settle the area.

One of the first to see the opportunities is Hosea Grimm, who claims to be a European-trained doctor. He plans to open an apothecary shop, from which he hopes to care for the townsfolk, lumberjacks and teamsters. Before moving to Gunflint, however, Hosea arranges for 13-year-old Rebekah to pose as his daughter, solidifying his image as an upstanding citizen and family man. A few years later, the Grimms take in Odd Eide, a baby who was orphaned shortly after birth.

The advantage of living in a rough town on the edge of civilization is that people don’t ask too many questions. It’s easy to tell a story, redefine your persona and turn a blind eye to the truth. But as Odd grows into a man, the complexities of the Grimms’ past and Odd’s ache for simple love are on a collision course, eventually forcing Odd to reassess the need for secrets and his future path.

Peter Geye’s The Lighthouse Road is a moving character study that explores the meaning of family and the burden of love. Centered on the Grimm household, and especially Odd, the story travels smoothly from past to present, slowly revealing the details and truths of the characters’ lives.

Geye’s writing is so vivid, you’ll shiver as young boys check their trap lines in the icy ponds, and you’ll practically smell the wood shavings when Odd lovingly forms the keel of the boat he’s designed. But it’s the characters who will capture your heart, from the young Norwegian immigrant sent alone to America to live with relatives to the motherless Odd who is innocent enough to hope for unconditional love.

The Lighthouse Road is an unforgettable story of the spirit of survival and the search for a true family.