Jay-Z reportedly invited the couple to his show in New York, but it wasn’t all to be nice. He told Rihanna to do what makes her happy, but he had a different message for Brown. 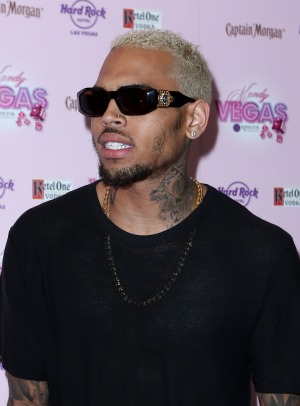 It looks like more than just the public are paying attention to the possible reunion of Chris Brown and Rihanna. Brown was arrested in 2009 for assault on his then-girlfriend, who broke up with him after the incident. But the two have been hanging out again, even sharing a few kisses in different situations, and it makes many wonder if they are back together.

It looks like one of those spectators is Jay-Z. He has apparently been watching the drama from the sidelines and has something to say about it.

“Jay-Z told Rihanna that if Chris is truly making her happy then to go for it,” a source told the Sun.

But according to the newspaper, the rapper also had a few words with Brown at a concert in New York last week.

“He invited them as a couple to his concert in New York and backstage he called Chris to one side and told him if he hurts Rihanna, whether emotionally or physically, it’s over for him,” the source said.

The couple have been through a lot since the incident in 2009. Chris was charged with the assault and was recently called back to court with questions over whether he actually completed his community service. Rihanna and Brown shared a kiss at the MTV Video Music Awards, leaving many wondering if they were getting back together. Rihanna even went on Oprah and talked about how much she still cares about her former boyfriend.

Brown and his girlfriend recently broke up, reportedly over news that he and Rihanna were an item again. But things could get worse for Brown. If Jay-Z’s threats prove true, being hurt by the rapper could be the least of Brown’s problems.

“He’ll ensure it will result in the end of his career,” the source said to the Sun.

If anyone can end another rapper’s career, you can guarantee it would be Jay-Z.