Anne Hathaway is in two huge movies this year, but what will happen during awards season? One of the films has made sure she won’t be nominated twice for Best Supporting Actress. 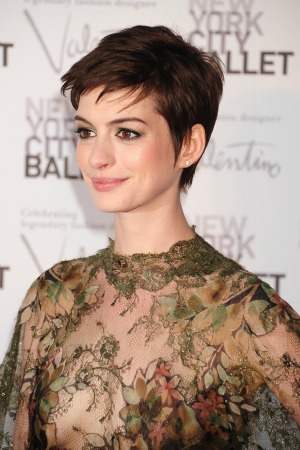 With two blockbuster movies out in the same year, many worried that Anne Hathaway might have to compete against herself for an Academy Award. She might have been nominated for her role in The Dark Knight Rises. But she also stars in Les Miserables, which will be out Christmas Day this year. Both parts could be, and probably should be, considered in the Best Supporting Actress category.

“Warner Bros. has decided to run Hathaway in the Best Actress category for her role in The Dark Knight Rises,” said Christopher Rosen with the Huffington Post. “The move leaves Hathaway’s buzzed-about turn in Les Miserables as her sole chance for Best Supporting Actress.”

For those behind the latest Batman film, the choice is pretty surprising because of the competition she’ll be up against in the Best Actress category. According to Rosen, she may have had a better chance at an award if given a Supporting nomination.

“If there is going to be one, it will most likely be [Hathaway],” wrote prominent Oscar blogger Sasha Stone to the Huffington Post. “True, everyone thinks Les Miz will be her big Oscar grab, and it probably will be but — that doesn’t take away the fact that she’s still the [Dark Knight Rises‘] best shot at an acting nod.”

Hathaway is by no means a shoo-in for the Best Actress award, or even for a nomination, because of the other possibilities this year. Other actresses being considered are Helen Mirren for Hitchcock, Marion Cotillard (another Dark Knight Rises co-star) for Rust and Bone, Jennifer Lawrence for Silver Linings Playbook and Keira Knightley for Anna Karenina, among others.

Nominations for the awards will be announced in January, just a few weeks after Les Miserables will be released in theaters.