The actress was arrested Thursday after the early-morning assault, but her rep is saying it was just a “misunderstanding.” 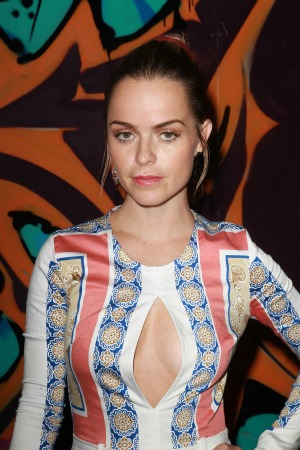 Actress Taryn Manning was arrested Thursday after an alleged early-morning assault on her assistant, Holliann Hartman, at the Dream Hotel in New York.

“Police sources [said] that the incident occurred at approximately 5 a.m. yesterday when the 33-year-old Manning punched and kicked the 23-year-old woman, causing scratches and bruises to the latter’s face and neck,” said E! News. “She also allegedly grabbed the victim by the throat.”

Manning was arraigned on Friday but spent more than 24 hours in jail before being released.

“Her lawyer, Joseph Tacopina, says Manning and the assistant got into a confrontation but it was not an assault,” said the Associated Press. “He says it was ‘a little misunderstanding between the two.'”

According to the Hollywood Reporter, Hartman is also Manning’s makeup artist and lives in her Los Angeles home with Manning and her two dogs. The two women reportedly vacation together regularly.

“There was an unfortunate incident between two very dear friends, who are like family to each other,” a rep for Manning told the Hollywood Reporter. “We believe the situation at hand will be clarified and resolved between the two friends expeditiously.”

Manning has been charged with misdemeanor assault, but her rep said that Hartman does not plan to file any charges against her friend. In fact, she told TMZ she wants the charges dropped against Manning.

“We’re told last night they were partying late, and came back to the Dream Hotel and they were ‘very drunk,'” said TMZ. “The two started arguing and we’re told at around 2 AM it started getting physical, when Taryn allegedly struck Holly in the face with a closed fist, kicked her in the face and torso (Taryn is into karate, so that’s gotta hurt) and slammed her head against the floor and wall.”

The actress may be best known for playing Eminem‘s ex-girlfriend in 8 Mile. She also played the recently deceased Johnny Lewis‘s character’s girlfriend in Sons of Anarchy. Manning is due back in court Nov. 13.