The actor didn’t seek help until his son was three, but six years after getting that help, he talks about how selfish he was not to have done it in the first place. 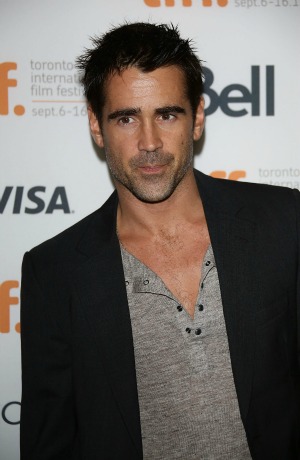 “I’ve got eight hours a day now that I didn’t have before, when I was drinking every day for 18 years,” he said. “It’s honest; it’s real. That’s quite simply the coolest thing.”

And that change has affected more than just Colin Farrell’s life; it has affected the life of his son, James, who was born in 2003, three years before Colin decided he had a problem and had to do something about it.

“When I had James, I made a decision not to change,” he said. “I literally said, ‘I’m not changing! I’m gonna be his friend!’ Like a f***ing 28-year-old, drug-addicted, drunk friend is exactly what my six-week-old son needs.”

But he said he became sick of lying to his friends and family and was struggling in his life. The lies were not just about the drinking and drugs, he began to lie about everything in his life.

“Oh, I wouldn’t tell a truth all day. If I’d had chicken and beans for dinner, I’d tell you I had steak and potatoes,” he told Hilton. “No purpose, just habit. The amount of energy you have to put in and the amount of lies you have to tell to keep a drug habit alive, it’s fairly significant. Your whole life is a lie.”

It sounds like Farrell hasn’t given up drinking altogether, but he is doing it more like a normal person. His son is almost 10 years old now and is probably happy he has at least eight more hours a day with his father. The actor’s career also continues to go strong. He is currently in the middle of filming Saving Mr. Banks, which stars Tom Hanks and Emma Thompson (among others). Farrell also has three other projects in the works.