Their four-year marriage was a thing of controversy and drama, and it finally ended in 1989. But Penn showed up to Madonna’s Los Angeles concert, and it looks like he is still a fan. 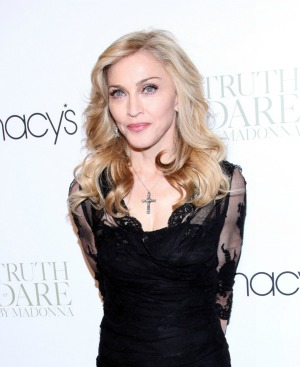 It has been more than 20 years since Madonna and Sean Penn were divorced in 1989, but it looks like old habits may die hard. The actor was spotted in the crowd at Madonna’s Staples Center concert this week, and witnesses say it may have been more than friendly.

“He was practically panting,” a witness told Radaronline.com. “Every time she thrusted or bent over, he was like, ‘Oh, man! I can’t take this! She is too hot!'”

“Just like old times,” she said, according to witnesses.

However, it looks like the singer kept it a lot cleaner than her normal shows, as she had her 12-year-old son Rocco join in as one of her backup dancers.

Madonna played along, though, and she knew her ex-husband was in the crowd.

“At one point she stared Sean dead in the face, smiled, unzipped her pants, and mooned the crowd, but it was really like she was mooning Sean,” said the witness. “He laughed and clutched his chest like he was going to pass out.”

After the show, the tryst continued, with Penn going backstage to meet with Madonna.

“Sean was like a teenage boy meeting his idol,” another witness said. “It was amusing, and kind of cute.”

He was then spotted going into Madonna’s trailer. The couple was married from 1985 to 1989. The marriage was always tumultuous, and ended when Madonna reported Penn attacking her. But they have remained friends over the years.

But in true Madonna style, the show wasn’t all skin and sex; it carried a political message as well. As Madonna stripped, she revealed a name printed on her back. The name was Malala, the 14-year-old Pakistani girl who was recently shot by the Taliban for encouraging women’s rights.