CBS’s tribute to the late singer was filmed in Los Angeles, to air in November. Celebrities and singers alike showed up to share how much Whitney Houston meant to them. 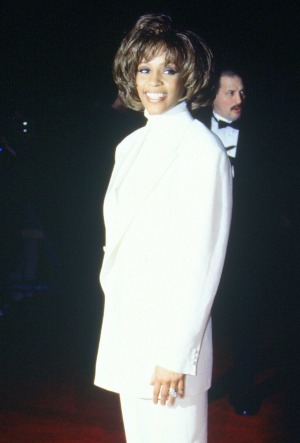 Just before the Grammys in February 2012, Whitney Houston died, leaving the crew of the show scrambling to put together a tribute for her. They did it beautifully, with a rendition of “I Will Always Love You,” sung by Jennifer Hudson.

This time, they have more time to prepare but wouldn’t change a thing. They have again brought in Jennifer Hudson for the show.

“Rocking a pompadour and glittery jacket reminiscent of Houston’s stage costumes from the 1980s, Hudson belted out a medley of Houston’s hits Thursday at the Nokia Theatre for We Will Always Love You: A Grammy Salute to Whitney Houston, which will air as a TV special next month,” according to the Associated Press.

Ken Ehrlich, the Grammy Awards‘ executive producer, also worked on this project and said it was important to make the show about her life and not her death.

“There’s so many people on this show that worked on that show… all of them knew and worked with Whitney,” he told the LA Times. “I really don’t want to say how difficult that was for us.”

Others participating in the tribute include Britney Spears, LL Cool J, Halle Berry and CeCe Winans. Berry recalls how inspiring Houston always was to her.

“She inspired a generation of little girls and women to believe in their own dream and to know that they had within themselves the greatest gift of all,” Berry told the LA Times. “I was one of those little girls who then became a woman who never, ever, ever stopped loving Whitney Houston.”

Britney Spears also said how important this tribute was to her and that she was honored to be involved.

She mentioned how she was always a “huge fan,” according to the Associated Press. “I think that her voice is better than God.”

Whitney Houston died in February, at just 48 years of age. Her cause of death was later called an accidental drowning complicated by heart disease and drug use. The tribute will air on CBS in November.