Thor isn’t out of the woods yet. There’s still trouble brewing for the superhero. Marvel’s just released the official synopsis for Thor: The Dark World, and the chips are stacked against the god of thunder. 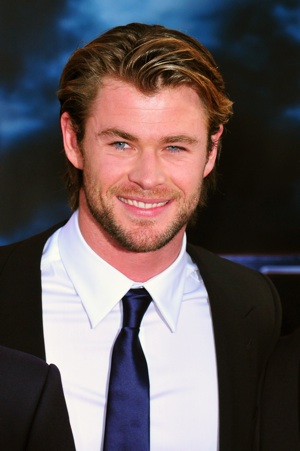 After taking a backseat in Marvel’s The Avengers, Thor is back in the spotlight. Chris Hemsworth will reprise his role as the god of thunder in next year’s Thor: The Dark World. The film is a sequel to the superhero’s self-titled 2011 hit, which made the Australian actor a star.

Having defeated the Frost Giants and his brother Loki, Thor encounters an even bigger enemy. This time, his fight moves from Earth to the outer realms of the galaxy.

Marvel’s Thor: The Dark World continues the big-screen adventures of Thor, the Mighty Avenger, as he battles to save Earth and all the Nine Realms from a shadowy enemy that predates the universe itself. In the aftermath of Marvel’s Thor and Marvel’s The Avengers, Thor fights to restore order across the cosmos… but an ancient race led by the vengeful Malekith returns to plunge the universe back into darkness. Faced with an enemy that even Odin and Asgard cannot withstand, Thor must embark on his most perilous and personal journey yet, one that will reunite him with Jane Foster and force him to sacrifice everything to save us all.

The film also has its fair share of newcomers, such as former Doctor Who incarnation Christopher Eccleston, Lost alum Adewale Akinnuoye-Agbaje and Chuck’s Zachary Levi.