Jack Osbourne did, indeed, play a major role in saving a woman’s life in Hawaii! However, the newlywed is quick to point out he wasn’t the only hero of the day. In his own words, the 26-year-old explains exactly who did what during the scary incident. 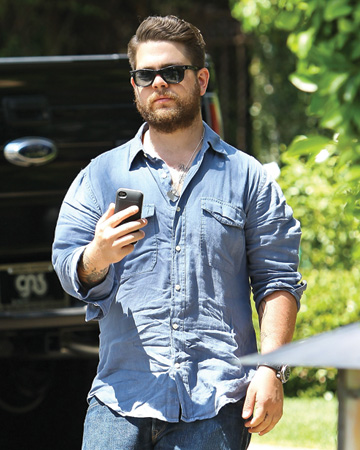 Jack Osbourne has been hailed as a hero by many for helping to save a woman’s life in Hawaii, but apparently, some have had harsh words for him. In response to those who have been “oddly hostile” and “rather rude” about just who is being labeled a hero, the reality star has taken to Facebook.

Writing a detailed description of the events that occurred just two days after he tied the knot with Lisa Stelly, Jack Osbourne shared the following:

“I would like to to clarify exactly what happened. On 10/8/12, I was approached by a family member telling me he had just seen a woman being pulled out of the water, who’d drowned. I grabbed my friend Tyler, who was a former Army operator, and went to see if we could be of assistance. In case you are not aware, I was a police reserve for 5 years and have had a lot of training in CPR and as a first responder. I am not an EMT or paramedic, but I have assisted in resuscitating individuals in the past.

“When Tyler and I arrived on the scene, the woman was not conscious and had approximately 5 people assisting in an attempt to resuscitate her. A neurosurgeon from Japan had taken charge in trying to manage the chaos, though she did not speak much English. The woman had a J-tube in her airway, and the defibrillator had already been used. Two women were assisting in chest compressions, and another was operating the Ambu bag.

“The golf cart with the spine board then pulled up, and it was at this point Tyler and myself assisted in clearing out the beach chairs. Once the woman was placed on the spine board, Tyler and I assisted in lifting her onto the cart. Once she was loaded, everyone who had initially helped backed off. Tyler, myself, and another woman all got onto the cart with her. The cart took off towards the front of the hotel. I handed the Ambu bag to the woman, and Tyler and I began administering chest compressions. Because of the angle [at which] Tyler was sitting, he couldn’t get a solid downward motion for the compressions. During his attempt, I was holding the woman’s lifeless body so she wouldn’t fall from the moving vehicle. Tyler and I switched positions, and I straddled the woman in order to get the right amount of leverage for the chest compressions. Once we arrived, we waited for the EMT for approximately 4–6 minutes. During that time, I continued to administer chest compressions. As soon as the EMTs arrived, I backed away and let them take over.

“I never said I was the sole contributor in the rescue. In fact, I haven’t said anything at all. The last thing I want to do is take all of the credit when in fact there were a few people who helped save her life.”

Jack Osbourne concluded his account of the Hawaii rescue by saying, “From what I’ve heard, she’s doing better and is now awake. I hope she has a speedy recovery.”

A round of applause for Jack Osbourne — and all of the heroes — who helped!