Miley Cyrus can sleep better tonight knowing that her scissors-wielding stalker is safely behind bars for 18 months. 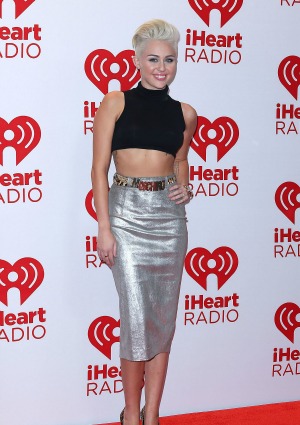 This week, Miley Cyrus gets a song written about her by a Jonas Brother, and she also gets a little bit of relief from a terrifying incident that happened earlier this year. Yesterday, her scissors-wielding stalker, Jason Luis Rivera, was convicted of trespassing and resisting arrest. Today, Rivera was sentenced to the maximum jail time of 18 months.

It’s hard to imagine that such a scary crime carries such a short jail term, especially after her intruder was found hiding in the bushes on her property in Studio City, California. The 40-year-old criminal was described by the LAPD’s Lt. Brian Wendling as “delusional” because Rivera thought he and Cyrus “were married.” It seems that Rivera was not keeping up to date on his entertainment news, given Cyrus’ June engagement to The Hunger Games star Liam Hemsworth.

The arrest happened early on a Saturday morning on Sept. 8, when the convicted felon hopped a fence to gain access to the starlet’s property. Fortunately, the former Disney Channel actress was not home at the time, but another person staying on the property called the police.

Rivera was arraigned last month, and he pleaded not guilty to two charges of trespassing and one charge of resisting arrest. His bail was set at $100,000, and Cyrus was granted a temporary restraining order. Oddly enough, the restraining order was not continued with today’s sentencing, so Deputy City Attorney Joshua Geller told TMZ, “I advised [Miley’s] legal team to get a restraining order immediately.”

It sounds like Cyrus’ legal team will be working overtime to keep this nut job away from the young singer.