It was a big night in Brooklyn as Barbra Streisand finally came home and performed for a sold-out crowd. 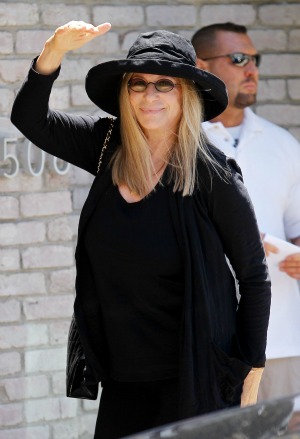 Last night’s hot ticket was neither on Broadway nor at a red-carpet premiere in Hollywood. It was in Brooklyn for the homecoming of the borough’s favorite grand dame, Barbra Streisand. The sold-out crowd at Jay-Z’s new Barclays Center was in for a treat as Streisand came home.

As she told the cheering audience, “It might have taken me 33 years, but I’m finally here.”

The night opened perfectly as the singer dropped right into “As If We Never Said Goodbye” from the Broadway musical Sunset Boulevard. The excitement continued as she launched into some sentimental favorites, aided by a 60-plus-member orchestra conducted by Bill Ross.

Some famous faces also stopped by to lend a hand. Chris Botti, famed jazz trumpeter, joined her for several numbers like Rodgers’ and Hart’s “My Funny Valentine” and Nat King Cole’s romantic “When I Fall In Love.” Another sweet moment included tributes to recently deceased Marvin Hamlisch and longtime collaborator Jules Styne.

Over 18,000 people were in the crowd, cheering the music legend on, and quite a few familiar faces were seen supporting Babs, including Barbara Walters, Jimmy Fallon, Michael Douglas, Sting, and Katie Couric. The 70-year-old also enjoyed a duet with her son, Jason Gould, while honoring the late Donna Summer with her song “No More Tears (Enough Is Enough).”

Given that it’s an election year, the politically active Streisand made sure to plug her candidate indirectly by saying, “I’m not going to tell you who to vote for, but… if you believe in affordable health care and women’s rights… if you want to move forward and not back, you know who to vote for.”

President Obama can count on her vote.

The Barbra: Live in Concert! tour continues across the U.S. and Canada through Nov. 11. The living legend also has a comedy, The Guilt Trip,  with Seth Rogen hitting the big screen on Nov. 2.