We grilled her on her new role in American Horror Story and her beauty must-haves, but we would be remiss if we didn’t ask Jenna Dewan-Tatum a few questions about married life with Channing Tatum. You can thank us later! 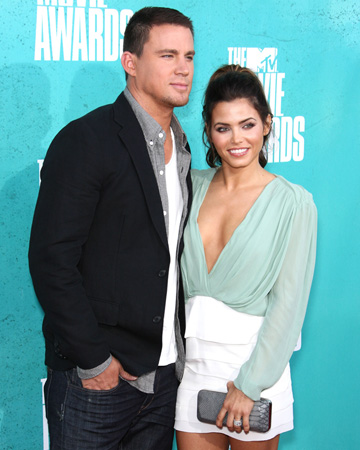 SheKnows: So it’s date night for you and Channing. And instead of the typical dinner and a movie, you guys are going to do something fun and outside the box. What is it?

JDT: I always think it’s fun to go see a play or go see a musical. Do something spontaneous. Maybe drive up to a different town or a different area near your city and try out a new hotel. Just have fun. I think people should always keep an element of play in their relationships and spontaneity. It keeps things fun and fresh. 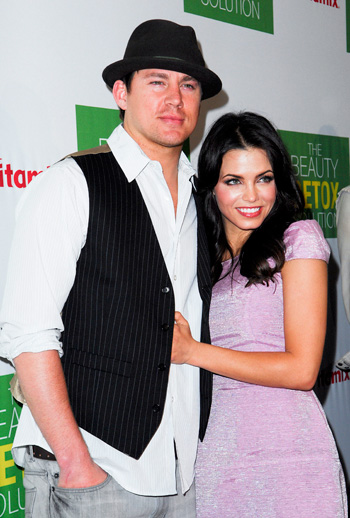 SheKnows: Is it hard for you guys to do that type of thing, going out in public, when you’re both so recognizable now?

JDT: It’s gotten a little bit more so lately, but still, even saying that, we have it really easy. People don’t really bother us. I see other people on TMZ that have it a million times worse than we do. You just have to be a little bit more careful about where you go and stuff like that, but I don’t want to let that rule my life. I want to have a good, fun, enriched life and I feel like if you put that out there, then that’s the life you’ll live.

SheKnows: If you could go back in time and give your single self one love tip, what would it be?

JDT: Try and be single. (Laughs) I was always the girl that — whenever I ended up single I would always say, “OK, I’m just going to date and just be single” — and I would always end up in a relationship nearly every time. I was rarely single, so I don’t really have a good tip for myself. (Laughs)

SheKnows: On that note, you’ve been married for three years now. What’s the one thing about marriage that surprised you, either good or bad?

JDT: I don’t know. It really didn’t feel that different. I guess that surprised me. It was kind of just a natural progression. It didn’t really change much and it still feels nice and romantic. I think I was waiting for some grand thing to change but, if anything, you just get stronger and more connected.

SheKnows: Is that your favorite thing about being married, just the fact that it was so seamless for you?

JDT: I think being on social media is my favorite way to get in touch with my fans because it’s direct. I can talk to them. They can ask me questions and I can answer them. It’s weird to me that the new world that we live in is social media everything. I remember when I was a kid, we just didn’t have this, so it’s just bizarre to me that this is the way the world is going. But, yeah, I think it’s fun. I think, as long as you look at it as a fun part of your life that you can also connect with people that you wouldn’t normally connect with. I love hearing their feedback. I love hearing their thoughts on some of the projects that I do, and their excitement. I just think it’s great. I love being in contact with them that way.

You can see Jenna Dewan-Tatum as Teresa in American Horror Story: Asylum on FX Wednesday nights at 10 p.m. ET. The first season is available now on Blu-ray and DVD.

Sofia Vergara dishes on her style and what’s next for Modern Family
Beauty Beat: How Ashley Greene is using beauty to empower women
The Hunger Games‘ Willow Shields dishes on fashion and film