With a Nov. 2 release date looming just around the corner, die-hard Disney fans will be happy to get another inside glimpse at Wreck-It Ralph. Ralph’s tired of being the video game villain and wants to make some friends for a change. 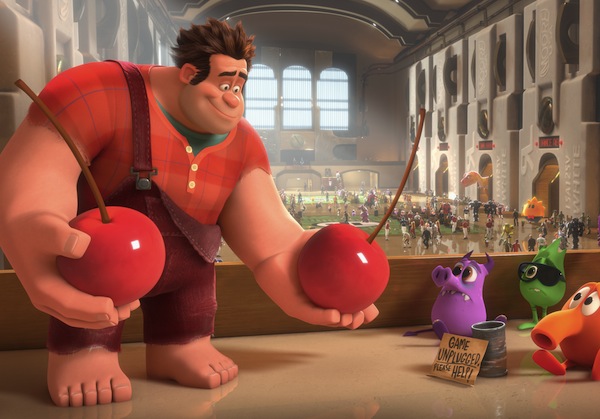 From Woody and Buzz to Nemo and Dory, every Disney star needs a co-pilot.

This new scene gives viewers a glimpse of another relationship sure to fuel the plot of Wreck-It Ralph.

Unlike the world of toys and deep-sea adventures, Wreck-It Ralph personifies the characters of several generations of video games and all the unpredictable action they entail.

In a whimsical, digital, world full of candy trees and zany colors, our star, Ralph — featuring the voice of John C. Reilly — meets someone who may just be his first real friend. Vanellope von Schweetz is a feisty misfit from the candy-coated race world of the video game Sugar Rush. With Vanellope brought to life by the voice of comedic all-star Sarah Silverman, the girl racer and Ralph appear to have the makings and attitude for an unstoppable duo.

Plot aside for the moment, the playful exchange between Reilly and Silverman is already incredibly natural, as evidenced in the scene below.

Together, they aim to fulfill Ralph’s personal mission of finally becoming an arcade hero. And when Vanellope lands herself in trouble with a deadly villain within the game, it looks like Ralph will get his shot.

Will Ralph save the day or fall back on his bad-guy roots?