Some of the best movies and television series were born from the pages of a book. Every month Candace from Beth Fish Reads features five books that made it to the screen. Read them, then see them and decide which version you like better. 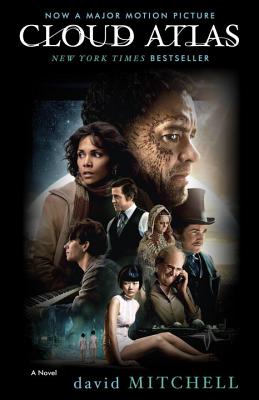 In a series of interconnected stories, David Mitchell’s Cloud Atlas takes us from 19th-century New Zealand, around the world and across centuries to a dystopian Hawaii, and back again through the decades to end at the beginning. As one tale morphs into another, the characters play out their lives against a backdrop of the evils of power, prejudice, and misused social Darwinism tempered by individual acts of compassion. The novel has strong themes of reincarnation and the cyclic nature of history and the life of a soul. The movie, starring Tom Hanks, Halle Berry, and Jim Broadbent, opens in theaters on Oct. 26.

BONUS READ: For another book of interconnected stories that touch a bit on reincarnation, try Day for Night by Frederick Reiken. 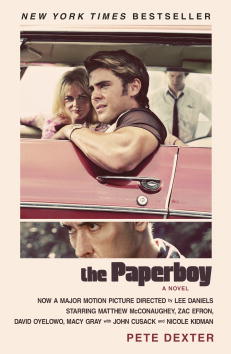 The Paperboy
By Peter Dexter

When sexy Charlotte Bless got the notion to marry death row inmate Hillary Van Wetter, she turned to up-and-coming Miami Times journalist Ward James, promising him a breakout, prize-winning story. All he has to do is prove Hillary’s innocence. Relocating to the small-town offices of his father’s newspaper, Ward, with the help of a colleague and his younger brother, dives headlong into the investigation. Peter Dexter’s The Paperboy warns us to be careful of what we wish for, as Ward and Charlotte learn how quickly lust and ambition can lead to deception and violence. The movie, starring Matthew McConaughey, Nicole Kidman, and John Cusack, opens in theaters on Oct. 17.

BONUS READ: Peter Matthiessen’s Killing Mister Watson is the story of what happens when ambition gets the better of a Florida entrepreneur. 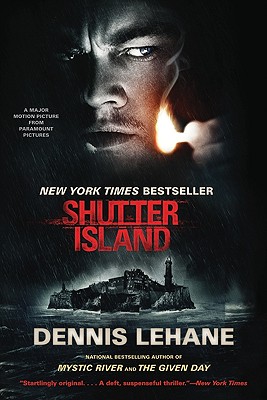 In the mid-20th century, the criminally insane in the Boston area were confined to Ashecliffe Hospital, safely situated on Shutter Island. When serial killer Rachel Solando escapes from her heavily guarded cell, U.S. marshals Teddy Daniels and Chuck Aule are called in to find her. Dennis Lehane’s Shutter Island follows the men’s search, pulling readers into increasingly more horrifying scenarios. The suspense and terror of the investigation amps up just as a hurricane hits the island, forcing Daniels and Aule to fight Mother Nature and the deadly secrets of the asylum. The movie, starring Leonardo DiCaprio, Emily Mortimer, and Mark Ruffalo, is out on Blu-ray and DVD. 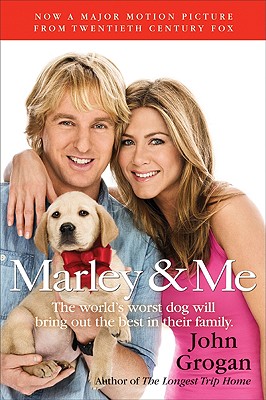 Marley & Me
By John Grogan

John Grogan’s funny and moving memoir, Marley & Me, of how “the worst dog in the world,” stole his family’s heart is a must-read for all animal lovers. Sweet and mischievous as a puppy, Marley soon grew into a 100-pound mass of uncontrollable fur. No matter how hard the Grogans tried, Marley evaded their attempts to transform him into a quiet house pet. Although he had a penchant for destruction, repelled visitors, and was an obedience school dropout, Marley taught the Grogans the meaning of loyalty and love, and the importance of staying true to oneself. The movie, starring Owen Wilson and Jennifer Aniston, is available on Blu-ray and DVD.

BONUS READ: For a true story about how being involved with rescue dogs can change your life, read Julie Klam’s You Had Me at Woof. 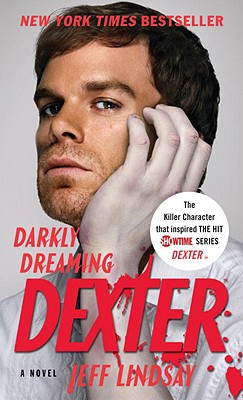 Jeff Linsday’s creepy Dexter Morgan series starts with Darkly Dreaming Dexter, which introduces readers to a unique member of the law enforcement community. Dexter is full of contradictions: He’s an investigative blood-spatter analyst, but he can’t stand the sight of blood, and he works for the Miami police department, but he himself is a serial killer. Although Dexter is emotionally distant and a master of murder, he’s not all evil; after all, he kills only those who deserve to be killed. The Showtime series Dexter, starring Michael C. Hall, Jennifer Carpenter, and James Remar, is based on Lindsay’s books. Season 7 is currently airing (check local listings for channel and times); previous seasons are available on Blu-ray and DVD.