Last night, The CW finally aired their Beauty and the Beast reboot. The series had ample competition from the vice presidential debate as well as regularly scheduled programming. So did the newbie sink or swim? 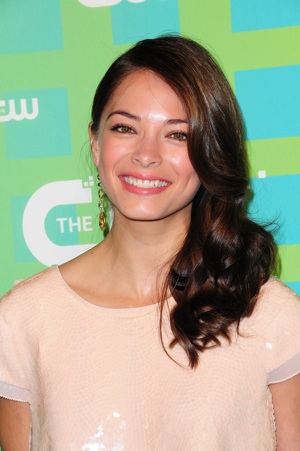 After months of heavy promotion, Beauty and the Beast finally made its debut. The CW’s Thursday night was filled with all-new programming that included the premiere of The Vampire Diaries.

According to EW, Beauty and the Beast pulled in some solid numbers. It earned 3.1 million viewers, a slight increase from The Secret Circle, which occupied the time slot last year. Its lead-in The Vampire Diaries scored 3.5 million viewers with a 1.6 demo rating.

Last night, most networks were affected by the vice presidential debate and its analysis coverage. Also, depending on your area, some opted for reruns or filler shows during the 9 o’clock hour.

Beauty and the Beast recap: ‘Wrath of the Beast’ >>

Either way, Beauty and the Beast‘s debut was a success. The big question is: Can it maintain its audience? When the schedule returns to normal and there’s more competition, how will it fare?

The CW had an impressive week that was topped by the superhero drama Arrow. The Stephen Amell-led series pulled in over 4 million viewers for its series premiere. Insiders will have their eyes on both Arrow and Beauty to see if they have what it takes to stick around.

The CW’s Arrow hits the bullseye… in ratings >>

Beauty and the Beast is a revamp of the 1980s CBS drama of the same name. The original starred Linda Hamilton and Ron Perlman, while The CW’s features Kristin Kreuk and Jay Ryan.

Beauty and the Beast airs Thursdays at 9/8c on The CW.

Did you watch Beauty and the Beast? What did you think of it?